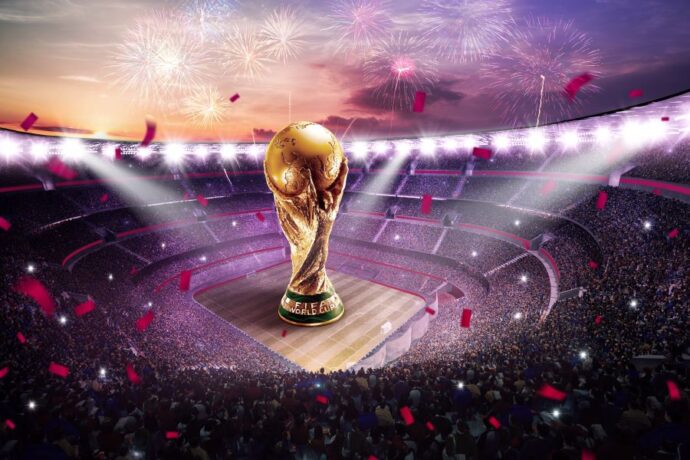 The Qatar World Cup 2022 has been one of the most controversial events of recent years. Not only is there the accusation of corruption being held over FIFA and why the tournament is being held there in the first place but then there’s the horrendous human rights record of the country (particularly pertaining to LGBTQ+ rights) and the thousands of indentured slaves that were essentially worked to death to make it a reality.

But one of the most damning aspects of the tournament that few seem to be discussing is the access to water at the event. Because water is a basic human right and if people are not able to access it, things can start to dovetail fast.

The situation on the ground

It was reported recently that FIFA’s official fan zone and the eight World Cup stadiums were not providing free water fountains for supporters. Given the harsh 33-degree temperatures of Qatar, this understandably troubled many fans who feared they would suffer from heatstroke. The heavy reliance on bottled water also got chins wagging regarding the sustainability practices of the tournament. Or lack thereof.

This is especially relevant given that FIFA had pledged to deliver “the first carbon-neutral World Cup” by planting over 1000 trees in Doha. But stadium construction alone has led to 3.6 million tonnes of greenhouse gas emissions, leading Greenpeace to accuse the tournament organisers of attempted ‘greenwashing.’

Greenpeace’s UK director Doug Parr, said: “FIFA’s claims of a carbon-neutral event are highly misleading and can be considered greenwashing, not least because they appear to have grossly underestimated the emissions the World Cup in Qatar will actually cause.”

The price of survival

So, how much was a bottle of water? Around £2.30. Not too much, you might think, but consider the fact that water is something we need to consume regularly in order to survive, particularly in extreme weather. To put a price on somebody’s survival is essentially what the organisers were doing so it’s understandable there would be some outrage over it.

The organisers also failed to install water fountains in the fan park on the nearby Corniche waterfront, which has been transformed into a tourist attraction featuring cafes, bars and art installations based on each of the 32 competing nations.

Access to water that is safe to drink is a human right and this is a story that appears to have been swept under the rug in place of the more shocking, headline-grabbing stories such as FIFA deciding to ban alcohol in the stadiums. We’re not just talking about drink breaks for the footballers but the fans here. Because without the fans, football is nothing.