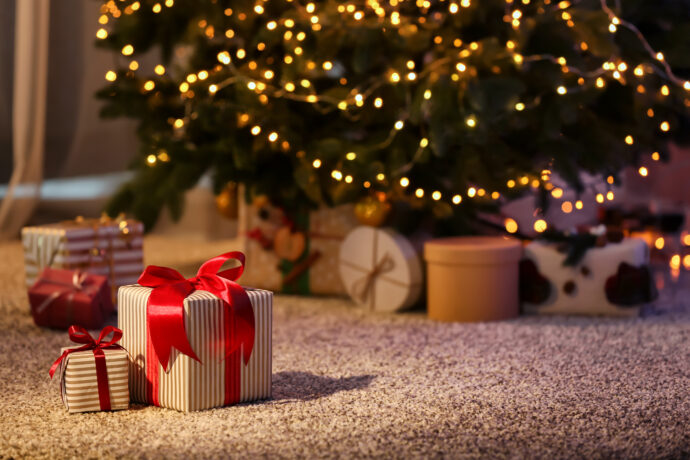 While there are lots of wonderful things to appreciate about Christmas, the one thing that many of us tie ourselves in knots over every year is the gifts. Because, while some people are easy to buy for, others are almost impossible to buy gifts for.

We all have those friends or family members who don’t really have any hobbies, already have everything they need, and “don’t appreciate joke gifts”; finding something for these picky loved ones that aren’t going to be a colossal waste of time and money can be frustrating.

But if this particularly troublesome person (or persons) happens to be a homeowner, the task becomes a little less daunting, as the unconventional gift ideas below will underline.

Have you ever been round your friend’s house in the later days of summer and it’s started to get a little bit too chilly outside? Did you want to carry on drinking, eating, and enjoying each other’s company but it was just too cold? That’s exactly what the fire pit was invested for. These are quick to light and mostly portable and can work with wood or pellets, depending on the make and model.

It might not sound like a particularly unconventional Christmas gift on the surface, but consider the kind of friend or family member we’re talking about here. If this is the kind of person that rarely plays games, consider something out of leftfield that doesn’t even seem like a board game. Or maybe they are massive fans of a specific TV show or football team? There is bound to be a version of Monopoly based around it that will give them a decent chuckle. And it’s a great excuse to plan a game night in the new year!

Every home deserves access to clean and perfectly filtered water but so few homeowners actually own water filters. Consider the health and wellbeing of your loved ones and consider buying them a decent water filter or softener to ensure they are drinking the best tap water possible and that the other various appliances you’ve bought them over the years continue working properly!

Yes, they probably already have a doormat. Indeed, it might be one of the first things they bought when doing up their home. But what about a personalised doormat with their names and likenesses imprinted on it? It’s certainly not something they’d expect and is bound to elicit a few chuckles. It’s also probably inexpensive enough that you could get them a bottle of wine or chocolates too, just in case.

The cost-of-living crisis is on everyone’s minds right now and we’re all thinking of ways to pinch pennies on an everyday level. Using the oven less is one way many people are considering cutting back and it’s been proven that air fryers use less energy than their bigger brothers. Not only that but they cook certain things faster and drain off the fat, so it’s far healthier than regular fried food. Trust us, once they’ve tried bacon cooked in the air fryer you bought them, they’ll be in your debt forever!