What’s a sump pump and how does it work 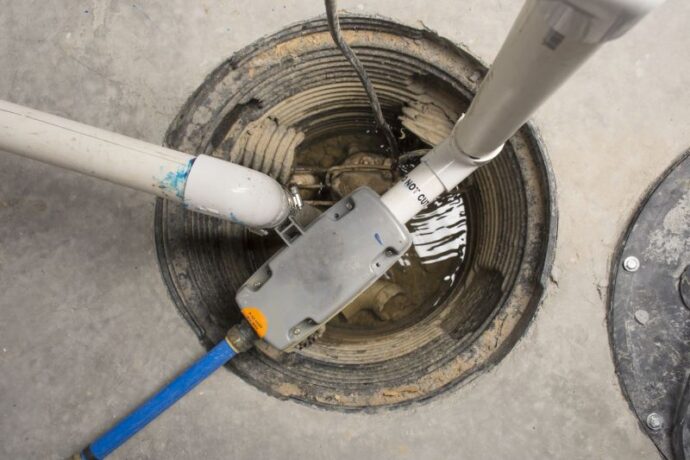 The UK has had a problem with flooding for a while now. It’s become depressingly common to see news stories of villages and towns submerged in water and cars floating down local high streets like driftwood. Worse still than the exterior damage, however, is the lasting damage flooding can do to homes.

Water-soaked fixtures and fittings and even structural damage can follow in the wake of a flood and if you have a basement and that groundwater manages to make its way into the basement, it can lead to horrendous black mould and even worse. That’s why many homes on floodplains choose to have sump pumps installed in their basements.

What is a sump pump

A sump pump is essentially a pit built beneath the surface of the basement to remove water from it. The sump basin accumulates water as drains funnel rising groundwater towards it and once it is full, the pump literally pumps the water into the nearest draining point.

During times of flooding, it’s easy for basements without sump pumps to collect water, which will then penetrate through the walls and affect the structural integrity of the home. It will also dry out and leave potentially dangerous mould.

How does a sump pump work?

All sump pumps are equipped with a series of valves that can sense when the water level is too high in the basin. It will then turn on and pump the water through its discharge line to a nearby drainage area such as a well, soak away or mains water drain.

Sump pumps can be manual or automatic, with automatic pumps being the most popular for obvious reasons. They are also built with a certain amount of horsepower, and you’ll need to consider the power you need before installing your own sump pump. If there’s too little power then the pump won’t be able to cope with the water whereas if there’s too much power, it could burn out.

All homes living in areas prone to flooding should at least consider having a sump pump installed. Many insurance companies might charge excessive premiums for such homes or refuse to insure them entirely so having some sort of mitigation in place is very important, to say the least.

There are two different types of sump pumps to choose from: –

Submersible sump pump – These pumps are submerged in the basin with the pump located under the water level. This means they run a lot quieter and occupy less space in the basement. They so, however, tend to not last if other types of sump pump due to their near-constant submersion in water.

Pedestal sump pumps – This is made up of a pump and a separate motor sitting on a pedestal above the basin. In essence, it works in a similar manner to a toilet and is generally quite noisy.

Both can either be powered by water pressure or a battery backup in the event of a power cut. We would always recommend going with a battery backup as many authorities don’t allow water-powered backup systems. This is because they require constant running water.