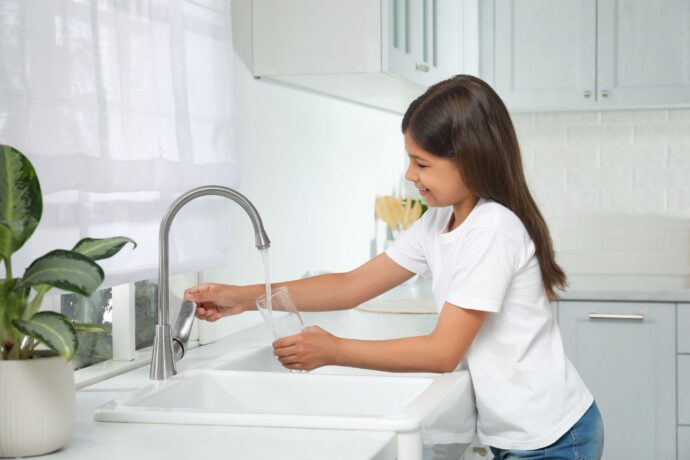 When considering new fittings for a kitchen or bathroom, one of the first questions you’re probably going to ask yourself is whether you want to go with a single tap or mixer tap setup. The traditional single taps that include a separate tap for hot and cold water are very much the common standard but mixer taps, which pass both hot and cold through one tap, have become more popular in recent years.

Which works best for you is going to depend on a multitude of factors – the size of your home, whether there are any young children in your family and what you feel looks more aesthetically pleasing. But here, we’ll be offering the benefits and drawbacks of both options in the hopes of helping you arrive at a more informed decision.

Ultimately, the choice is always going to be a personal one as there are pros and cons to both options. Pricewise you should expect to pay around the same for either option and there are high-end and low-end variations of both to consider. Single taps are often also more likely to come in more ornate styles, so if that’s something which appeals to you, single taps are probably the best way to go.

Arguably more important than the style of tap is who you get to install it. You should always hire a professional plumber to install your taps in your bathroom or kitchen unless you are a highly skilled DIY expert.

Also, if you have a water filter system or water softener system installed already, always consult with the company that fitted your system before making any changes to your plumbing.