Finding Fluid: The History of Dowsing 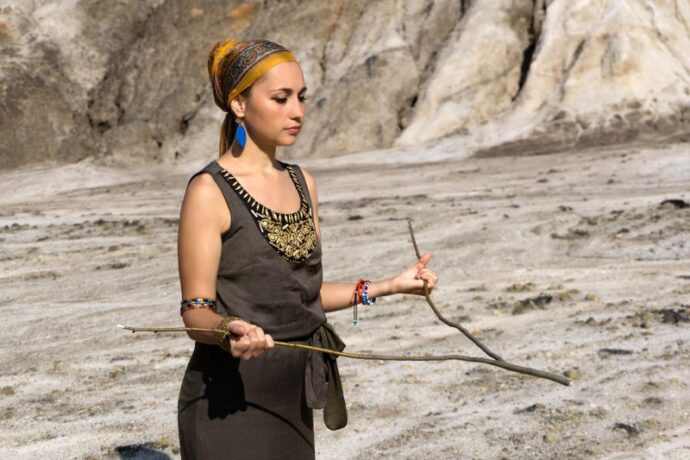 Throughout the course of history, many weird and wonderful ways have emerged for all kinds of things! Back before the world was better equipped to understand the fascinations of science, all manner of conspiracies were the norm – just take witch hunts for example!

Don’t worry, we won’t be covering something quite so gruesome… Instead, we’re going to focus on the art of Dowsing…

So, What Is Dowsing?

Of course, we wouldn’t be talking about it if it hadn’t got something to do with water! Dowsing is defined as a type of “divination”, so bear with us as it’s about to get spiritual.

Divination may be a word you’ve heard around in many different settings, fantasy ones in particular, but in this case, we are focusing on the real world definition: “the practice of seeking knowledge of the future of the unknown by supernatural means”. The word itself stems from the Latin word divinare which often was referring to a prediction, prophecy, or the foreseeing of something.

Dowsing, therefore, works more or less to the same tune; except, instead of reaching out to other beings for answers, we will instead be turning to the simple rod. A dowsing rod is either one Y-shaped rod or two L-shaped rods. How they work is slightly more bizarre…

These small rods, when held and utilised properly, are said to be able to guide the user to groundwater, oil, gems, and other usual items that might be found lurking beneath the surface.

Dowsing Through The Ages

It is said that the first account of Dowsing took place in 1568 when a friar picked up a twig and used it to mark a spot on the ground for St. Teresa of Spain to acquire water. Would you believe that there was really water underneath the spot?!

The process maintained some attention, until 1662. The use of these divining rods was now superstitious, some people even went as far as to say that they were satanic.

Despite this, Dowsing has still become a practice that some people still employ – especially throughout Europe; the UK & Germany specifically.

So How Does This Mystical Practice Work?

We’re going to let you down easy on this one… it doesn’t!

All scientific evidence suggests that all forms of Dowsing are just pseudoscience. There is nothing particularly special about these twigs and rods that cause them to react in such ways!

Of course, the movements of the rods are what play a key role in Dowsing. Even this, however, is not immune to the brutal eye of discovery. The movement of the rods is attributed to the “ideomotor phenomenon”.

This phenomenon is probably something you wish you had heard of sooner! A psychological phenomenon that causes us to make motions unconsciously. This response is also often called a reflex too. This means that, against all of our best hopes, Dowsing is nothing more than an illusion that we play upon ourselves. For those of you who have found water Dowsing… Lucky break!