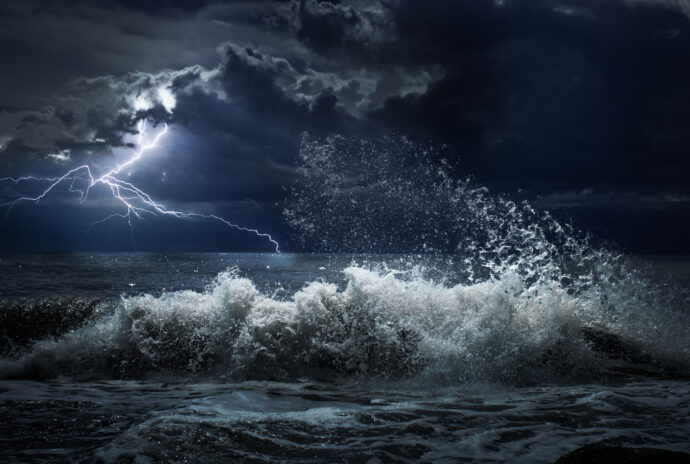 “The world works in mysterious ways” is a phrase as old as time. Throughout our existence on planet Earth, many people have stepped forward to take charge of discovery; scientists are one such group that ventures bravely into the unknown on our behalf.

With such attention being paid to the Earth and its climate, many new theories are being drafted about our home in general. One such theory is that extreme storms are a key contributor to the detriment of coastal erosion. Of course, we often view storms as bad things, but do they have a bigger secret?

As always, we’re here to dive into the facts for you and give you the latest on Mother Nature’s whimsical methods.

Who’s Suggesting All Of This?

As part of an interview, Dr Harley tells of his first discoveries when putting the theory together. Thinking outside of the box, he began to investigate beneath the oceans instead of above them. Much of our attention is drawn to the surface during these events so this was some top-notch attention to detail!

What he discovered as part of this analysis, was that “hundreds of thousands of cubic meters of sand” was being shifted from beneath the waves, and seemed to be washing up on the nearby beaches. With time, he says, “this could potentially be enough to offset some of the impacts of sea-level rises caused by climate change”.

Where Did These Studies Take Place?

Location 1 was in Australia.

Location 2 was in the United Kingdom.

Location 3 was in Mexico.

Each of these places, at their specified beaches, was rigorously monitored. At some points Dr Harley tells of using jet skis, measuring the sand below the water, just before a storm! Directly after, they would repeat the process of measuring, using this as the direct data for their investigation.

He quickly recounts the thrilling tale of capturing the data for the 2016 storm in Australia – yes, the one where the swimming pool was ripped into the air! Having the equipment and understanding to perform such quick measurements means that his findings are rather rock-solid.

The beach in the United Kingdom was Perranporth beach in Cornwall; people from different groups banded together to conduct the research which found some staggering results.

Despite the apparent erosion on the top of the beach, the study found that – due to storms – the “sand budget” (the amount of sand collected together at the beach) had actually increased by 420,000 cubic meters… Now that’s a lot of sand. This was a huge win for the theory, and now we finally have some natural hope for our beach’s futures

Fancy yourself as a bit of a scientist? You can find out more information at Science Daily, which provided a full report from the interview – using material provided directly by the university that conducted the study!