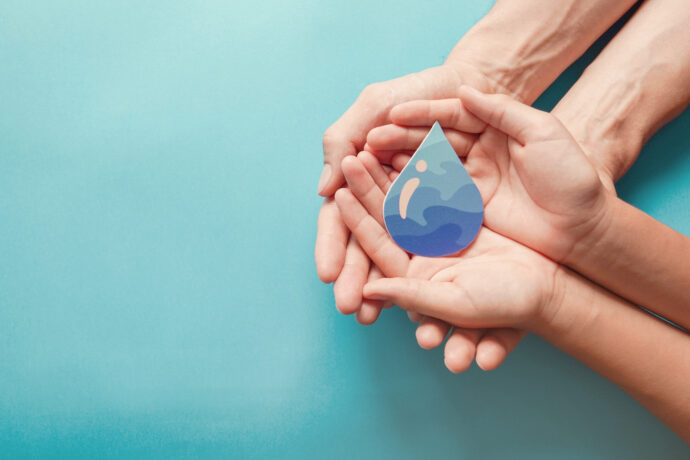 We’re living through perhaps one of the most trying times in recent memory when it comes to financial hardship. Coming right off the back of a global pandemic we’re now seeing war in Europe for the first time in almost 80 years and things were looking grave even before Russia invaded Ukraine.

Headlines such as “eating or heating” are already making the front pages and things are only going to get worse. But one aspect that has rarely been touched on is what kind of impact our water use is having on our bills. With inflation rising and the cost of living crisis becoming endemic, what should UK homes do to keep their water bills down?

We all know that tap water isn’t inherently pleasant to drink as it contains dozens of potential contaminants and traces of chemicals used at the water treatment plant. But rather than shelling out a pound a time for a 500ml bottle of water (on a good day) a more practical solution is to invest in a drinking water filter for your kitchen and bathroom. This will provide you with quality, clean water at a fraction of the price of bottled so-called mineral water. It will have paid for itself in mere weeks.

Turn off the taps

One of the most common water-wasting habits of UK citizens is to leave the tap running while brushing your teeth. That’s over 2 minutes while the taps are running for no reason. It’s estimated that turning the tap off when brushing your teeth could save as much as 12 litres, which is 24 litres per day, per person in your household!

Make more out of less

If you’re the kind of person that enjoys spending 20 minutes in the shower every morning or indulging in a gigantic bubble bath every other night, think about just how much water you’re using. Every minute spent in a shower uses up to 17 litres of water and baths are even worse. So stick to showers and set a timer so you spend no more than 5 minutes.

We’re getting into the warmer months of summer right now and our gardens are finally starting to see the benefits. But watering your garden at the wrong time of day can end up not only wasting water but harming your plants too. Water your garden either very early in the morning or right as the sun is going down. Otherwise, the sun will evaporate all your water and you’ll just need to do it again. It could also lead to your grass being burned if the sun shines too heavily on it.

Installing water butts to catch and use your rainwater could save you thousands of litres of water a year. Rainwater is also better for your plants than tap water, which has been chemically treated. However, using filtered water to water your plants works just as well.

Boiling vegetables might be what you’re used to when preparing food but steaming them uses significantly less water and unlocks the flavour with just as much intensity. Indeed, many swear by steamed veggies as being more texturally rich than their boiled counterparts. You could even reuse the water used in the steaming process as stock for soups afterwards. Because every little helps!

Be prepared for the plumber

Finally, you should always know exactly where the stopcock is in your house in case of an emergency as turning it off at the right time could save you a small fortune and stop your home from flooding!