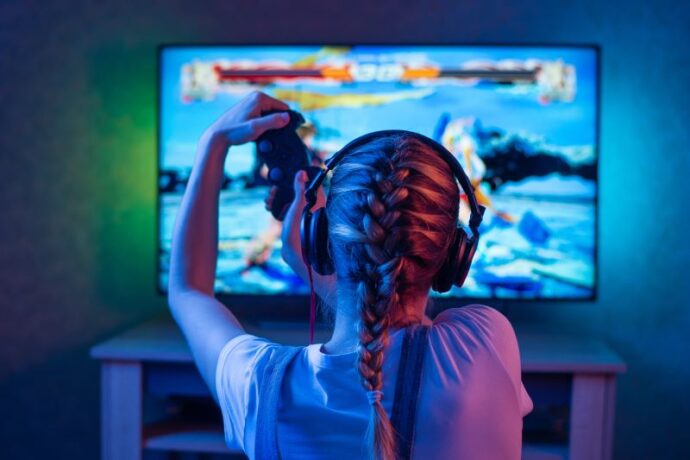 We all wish we could get a little bit more involved in the water; whether that be sports or a sunny day by the sea. But where there is potential, there is also boundless creativity.

The world of video games has plenty to offer in terms of new experiences, especially when it comes to the underwater world! We’re going to take the time and take you through three water-based games that we think do justice to the depths.

Welcome to Rapture! The happiest place in the ocean, if you’re into strange mutagens and a world much too dark to ever see the light of day.

Not the kind of place you’d want to take a holiday, Bioshock focuses on the horrors that the oceans can breed; but not through strange creatures, instead, the story is told through Rapture – an underwater civilisation that kind of lost touch with the whole civilised side of things.

Playing as a detective who may or may not be a little out of his depth, explore Rapture using special abilities and skills; put an end to the horrors that have been allowed to go on there… Warning, this one isn’t for the faint of heart.

Bioshock was initially released in 2007, with a sequel in 2010. Don’t let their age fool you, they still stand up with the best even today. Bioshock Infinite, the 3rd title in the series, took the series to new heights in 2013, so be sure to give that one a go as well.

Perhaps you’re more into diving? Subnautica puts a unique spin on the survival genre, welcoming lovers of the water from all backgrounds to come and enjoy a strange new paradise.

Crash-landing in your escape pod, you build a base of operations and progress your technology, trying to find a way home using only the materials you can find in the majestic ocean.

Subnautica has a great reputation in the gaming community and, with plenty to keep you swimming, there’s no surprise that this game is on our list and most others.

The game was first released back in December 2014 but has had numerous updates added to keep the community on its toes.

Perhaps you’re looking for something a little less daunting? A little bit of action to keep it interesting, but with a great story to tell, too? Song of the Deep is a unique title that has a lot to offer for you!

Employing a sidescrolling system, moving left to right to dodge attacks and solve puzzles; explore underwater ruins and shipwrecks, all on a journey to discover the fate of the protagonist’s father.

With unique gameplay, an intriguing story, and brilliant art, it has a triple threat that makes it a real diamond in the rough. It was released back in 2016, making it one of the most recent games on our list

Here at Total Soft Water, we love all things water! Want us to suggest some more titles for you to dive into? Let us know, and perhaps we can take you on some more adventures.