The 5 smallest sea creatures in the world 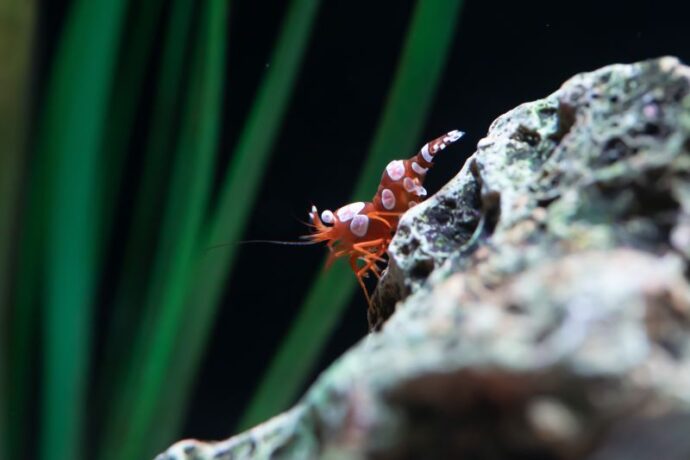 Size isn’t everything. Indeed, many of the most fascinating creatures on the planet are among its smallest. While there are dozens of articles and documentaries on the biggest and most intimidating sea creatures, the little guys rarely get a mention.

That’s why we’re going to be focusing on some of the littlest (but not necessarily cutest) sea creatures to be found across the length and depth of the deep blue sea. These creatures are just as important to the ecosystem as their more celebrated larger brethren and deserve their moment in the spotlight. So, without further ado, let’s get tiny!

Anyone that’s ever watched Spongebob Squarepants will probably know of the evil genius plankton. But even the tiny representation on that classic children’s cartoon is significantly larger than the zooplankton found in our real oceans. The term plankton refers to various species of tiny fish and can be less than an inch in length. In fact, some are so small they can’t be seen without a microscope.

Given that a certain species of jellyfish is among the largest sea creatures in the world, it should come as some small surprise that one species of jellyfish is also among the smallest. It might also be the deadliest. They measure just 0.06 cubic inches and are completely covered in stingers which create a venom 100 times stronger than a cobra. Essentially, if you tough this one then you’re probably not long for this world unless you get help ASAP.

Don’t let the silly name put you off. So-named for their attractive stripes and the rather fetching little dance they seem to put on as they move, these tiny (half-inch tall) creatures live in coral reefs in the Atlantic Ocean. Known within the scientific community as “Thor Amboinensis,” there is something undeniably endearing about these guys. So much so that they are often found in aquariums across the globe.

Comfortably the most adorable creature on our list, this seahorse is not only tiny but is a bit of a (literal) chameleon. They blend so well into their native coral reefs, in fact, that they were not actually discovered until a piece of coral was being studied in a lab. Found in the Indo-West Pacific, there are dozens of different species of pygmy seahorse, ranging from the Bargibant pygmy seahorse to the Japanese pygmy seahorse, which is the size of a literal grain of rice.

When you think of sharks, you don’t normally think of something small and cute. You think of great white behemoths, surely? But while the dwarf lanternshark is significantly larger than the other creatures on this list, they are comfortably the smallest sharks in the world. If you didn’t know better you’d probably mistake them for conventional fish, given that they are typically smaller than a human hand. Native to the Caribbean, the dwarf lantern shark also boasts organs that generate light to both warn off predators and attract prey.