What’s actually in just one drop of water? 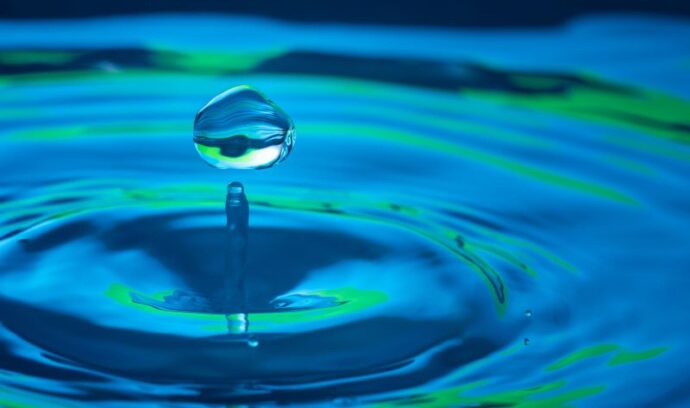 Water is life. It makes up 60% of our bodies and we can’t live for more than a few days without it. But so few of us really understand anything about it. But water is a pretty remarkable substance and nowhere is that more evident than at the molecular level.

You see, in a single average drop of water, there is over 1.5 sextillion (that’s 21 zeros) molecules. But while that number might sound a little daunting on the surface, the science makes a little more sense when you consider the molar mass and chemical formula of water.

The molar mass is also known as the molecular weight of something and is the sum of the total mass of all the atoms that make up a mole. The chemical formula for water, meanwhile, is H2O which means two atoms of hydrogen and one of oxygen. The mass of hydrogen is around 1.008 g/mol and the mass of oxygen is 16.00 g/mol so the mass of water can be found by adding the mass of 2 hydrogen atoms and a single oxygen atom. Which is 18.016 g/mol in every mole of water.

How long is a piece of string

Asking how big a drop of water is might as well be like asking how long a piece of string is. However, in scientific circles, a drop of water is typically measured as 0.05ml. When it comes to density, however, cold water is always going to be denser than warm water. This density disparity is largely ignored in calculations, however, with 1 gram per millimetre used to simplify equations. This makes the mass of a drop of water technically 0.05 grams.

This is where things start to get a little more complicated. We can gather that there are 0.002775 moles in a drop of water (0.05 grams x 1 mole divided by 18.016 grams). Taking this number, we can apply a constant factor first discovered by the Italian scientist Amedeo Avogadro. He proposed that the volume of a gas or liquid is proportionate to the number of atoms or molecules it contains.

This constant (which is far too complex to go into depth here) reveals there are 6.022 x 10 sextillion molecules of water per mole of water. Using some incredibly complicated mathematics it’s then possible to ascertain that there are exactly 1.67 sextillion water molecules in a drop of water. As there are three times as many atoms and molecules, that’s around 5 sextillion atoms.

Perhaps the most sobering way to visualise the number of atoms in a single drop of water is to visualise the entire ocean. There are (roughly) around 100,000 more drops of water in the entire ocean than there are atoms in a single drop of water. As for how many atoms there are in the ocean. I honestly don’t think there’s a number large enough to account for that!