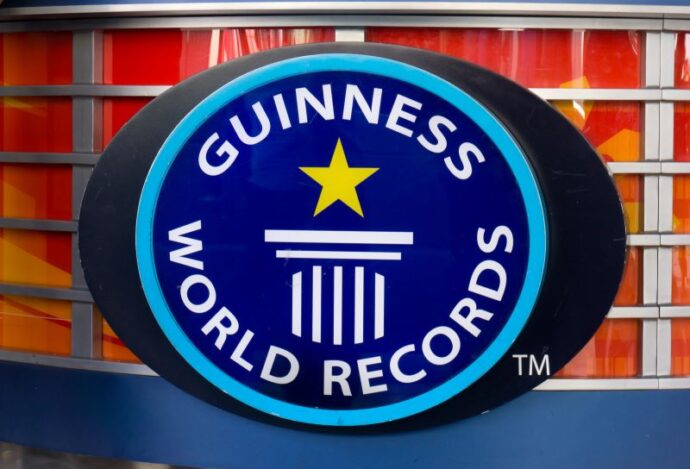 Why do we love water so much? Well – if you haven’t guessed by our blog – it’s because there are so many great things you can do with it!

Today, we’re going to get a bit weird and wonderful: allow us to show you the world of water in a whole new light… world records!

We have talked about all sorts here at Total Soft Water, but now it is time to delve a little deeper…

Who doesn’t love a good water park? Well, Schlitterbahn Water Park Resort decided that they like water-based thrills a lot.

This particular Schlitterbahn resort is located in Galveston, Texas, and it is wildly popular. This particular coaster was constructed to honour the 10th anniversary of the park’s opening (and frankly puts the other parks to shame in the process!)

Aptly named, MASSIV stands at a staggering 81ft 6.72 inches and offers adrenaline junkies a ride they will never forget.

The specifics of Guinness World Records are so great that we have another water-park-themed record!

Located in Rio De Janeiro, Brazil – more specifically Barro do Piraí – the once again fantastically named water slide, Kilimanjaro, stands at a MASSIV (see what we did there?) 163ft 0.07 inches. For some scaling reference, it’s about the same height as 15 to 16 elephants stacked on top of each other…

Located in Romania, Turda is the Salina Turda salt mine. The Turda mine itself is one of the oldest in the world. It stopped functioning back in 1932 but has become a very popular attraction amongst tourists and adventuring locals.

Back to the dive, it was completed off of a 65ft diving board and ended within the lake below which is an additional 393ft below the surface of the earth! Talk about daredevils!

Number 4: The Most Ancient Water on Earth

We will now give you a wonderful fact before we move on to our weirder record for the day.

The Zag meteorite is a meteorite named after where it fell, in Zag, Morocco back in 1998. Of course it was studied, and a rather staggering discovery was made on the 9th of June in the year 2000.

Salt crystals were found within, and based on an effort to date the water which was held within them, it was discovered that the water was likely present during the first 2 million years of the existence of the solar system, placing it as 4.57 billion years old.

How could we not end with this amazing record?

There isn’t much to say about this one, we just think it’s incredible that this happened! In the year 2011, 27th of August to be exact, the Christian Student Fellowship at the University of Kentucky, Lexington, USA decided this was a great idea (and we agree).

The event itself played host to 8,957 participants… We highly recommend searching for the pictures to witness the carnage for yourself.

So, there you have it, a list of watery world records! Want us to pick five more favourites? Let us know!