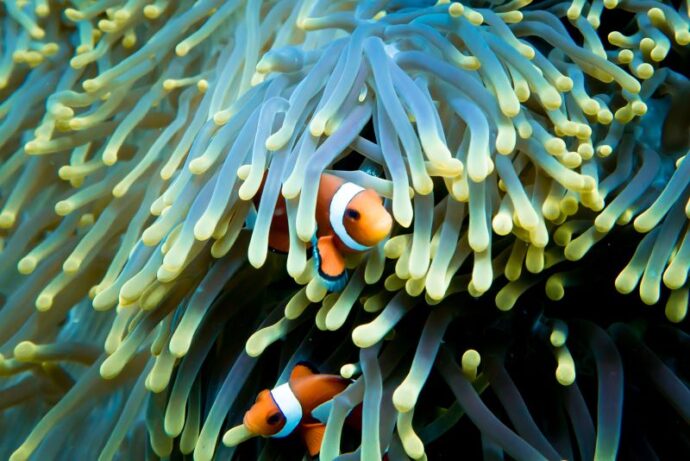 Water is a great inspiration for many things, including movies! The oceans are largely feared as a great unknown by most people, leading to many water-related movies taking a scary, suspenseful or horror-style approach (as you’re about to see).

Today, we have hand-picked five movie scenes relating to water that we believe stand out from the rest. You’re sure to see a favourite or two but, hopefully, we can help you find your next movie night material as well!

Released in 2011, Sanctum lets us tag along with a group of cave divers who have unfortunately found themselves in a very difficult situation. Trapped and out of oxygen, the team must make their way through the cave systems to get back to the surface…but not without facing many trials and tribulations with their environment (and each other) along the way.

This particular scene is one that can really catch your eye. The group eventually comes to a cylindrical section of the cave, which they must overcome to continue. The only problem is that at the bottom of this very large cave is a whirlpool, from which it is much too difficult to escape.

Watching the divers take their turns one by one is nerve-wracking at the least; do not watch if you are frightened of small spaces!

A true classic! For those of you who haven’t seen Finding Nemo, it is a must-watch! When a small clownfish is captured at the hands of an Australian diver, his father will go to any lengths to save him…including teaming up with a very unlikely partner.

In this particular scene we see the movie really kick off, presenting the protagonist Marlin (the father) with his motivation for the rest of the movie; watching on in horror as his son returns from touching the underside of a boat only to be is deftly snatched up into a diver’s bag and taken away from his father. It really tugs on the heartstrings and leaves you rooting for Marlin until the end of the film.

The second classic on our list and just as well known as Finding Nemo; well, maybe not amongst kids but you get the point! For those who don’t know, however, Jaws follows the desperate attempt of a police chief to close down beaches after a woman is killed by a shark. Fearing for the loss of money, however, the mayor objects to the notion and more chaos ensues.

In this scene we get a glimpse at the nastiness of which a shark is capable, as a group of children make their way into the water and one of them isn’t quite lucky enough to make it back to shore.

The camera briefly follows the relative of one of the boys and her desperation truly brings the scene to life.

Number 2: ‘The Lord Of The Rings’: If You Want Him Come and Claim Him

Perhaps one you didn’t expect to see on the list but the curveball was too hard to resist. The Lord of the Rings trilogy is an epic adventure, detailing the travels of The Fellowship whose aim is to destroy the One Ring crafted by the dark lord, Sauron.

In the first movie, Frodo is stabbed by a terrifying creature known as a Nazgul, causing him to enter into a pained and panicked state. To his luck, Aragorn comes across Arwen, an elven princess, who is able to take Frodo to the elven town of Rivendell for treatment. Along the ride, a chase ensues between Arwen and the group of Nazguls.

With the help of elven magic, Arwen causes a mystical force of nature to erupt from the water, saving Frodo’s life and, indeed, her own.

Number 1: ‘The Impossible’: The Tsunami.

The final entry on our list today is The Impossible. This scene in particular is credited for its accuracy in representing the terrible power of water.

Hoping to catch a break for Christmas in Thailand, this family doesn’t experience much luck, as on Boxing Day their hotel is struck by a huge tsunami. The film details the struggles they go through, but is lifted by the acts of kindness displayed throughout.

This particular scene is when the movie kicks into its main plot, as we witness the tsunami wipe out everything in its path. You have to see it truly to appreciate the terrifying, awe-inspiring depth of this scene.