What are the main problems hard water can cause? 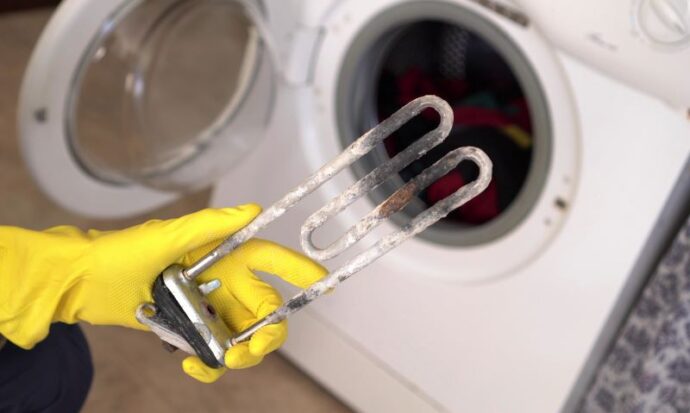 Hard water may be better for drinking than soft water, but it doesn’t have such a beneficial effect on your home. It can damage your plumbing and wreak havoc with your kitchen appliances. It can even be the cause of various skin conditions.

If you happen to live in one of the 16 million homes in the UK that have hard water then don’t panic. There is something that can be done about, and that involves using a water softener. You’ll know if you have hard water because you’ll see a white chalky mark on the tap after it’s been used.

In the meantime, though, this article provides more in-depth information on the damage hard water can do to your home.

What Is hard water?

But first, how does rainwater become ‘hard’? The answer is by absorbing minerals – especially calcium and magnesium.

The more minerals it contains, the harder the water.

Why is hard water so problematic?

Hard water creates soap build-up which can ruin fixtures in appliances. It does this by blocking pipes which, in turn, restricts the flow of water.

Poor cleaning ability. Hard water will also react with cleaning products such as laundry detergent and dishwasher cleaner. To the extent clothes won’t be washed as well, neither will they last as long. Dishes and cutlery will end up with sud spots on them. That’s because the minerals will react to the soap and prevent it from building up a lather. This means to have any decent cleaning effect at all, you’ll have to put in far more cleaner.

Residue build-up. Another problem with hard water means you will find film and build-up on bathroom and kitchen tiles, as well as the taps. Then there are your hands – you’ll also find a film on them as well, and this is where skin conditions can be exacerbated.

@Healthline: “Washing your hair frequently with hard water can leave your scalp feeling itchy. The minerals in hard water can also change the pH balance of your skin, weakening it as a barrier against harmful bacteria and infections. People with eczema may be especially vulnerable.

Increased heating costs. Why should hard water cost so much more to heat your home than soft? Because the hard water can cause a build-up of limescale in the water heater – and this, in addition to the water, has to be heated up.

Why does hard water ruin plumbing?

The build-up in pipes eventually slows down the flow of water coming through your taps and into your radiators. This can cause radiators and pipes to get clogged and put additional stress on them, meaning it’s easier for them to burst. It will also cause the pipes and other fixtures to wear much sooner.

How does a water softener help?

A water softener system helps turn hard water into soft by eliminating the calcium and magnesium in the water. It does this by running the water through a resin-coated with positively charged sodium ions. These sodium pellets need to be replaced over time.