The science of snowflakes 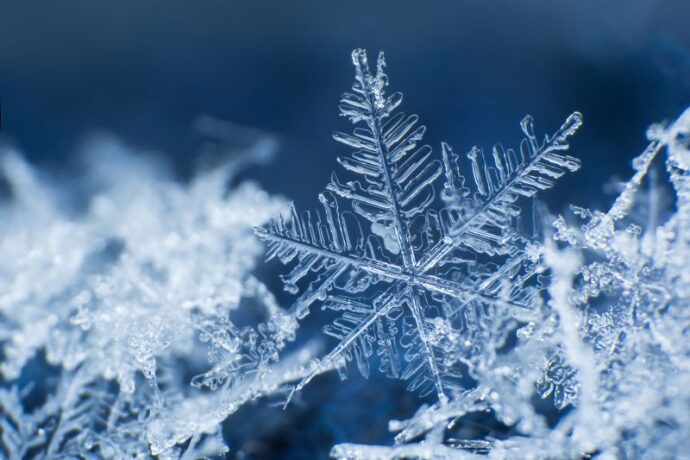 Few aspects of winter have been romanticised as deeply and profoundly as the snowflake. While we might not see them every year in the UK, they are synonymous with winter and there is something undeniably magical about them.

Everything from their fluffy texture to the dense crystalline patterns that make them upon closer inspection adds up to one of nature’s most beautiful creations. But why is snow so fluffy? And why are no two snowflakes identical?

Snow has been around for as long as the planet earth itself but it wasn’t until the mid 19th century that somebody was able to discover the individual snowflakes that made up our white Christmases.

American farmer Wilson Bentley had a passion for the then-emerging art of photography and managed to engineer a form of photography that used a microscope to zoom into his subjects. Thanks to this “photomicrography,” Bentley was able to take intricate photos of individual snowflakes and he took over 5,000 photos throughout his life.

Set against a dark background, these photos were the first of their kind to reveal the unique patterns of each snowflake.

Are all snowflakes unique?

It’s a common adage but is it true? To get to the bottom of it, we have to delve deeper into the science. Snowflakes, you see, are formed through deposition – when vapour turns to ice without going through a liquid stage. This creates a small frozen particle like a grain of sand or a spec of dust.

The frozen structure forms a crystal pattern because that’s the molecular structure of the particle. But that shape is always going to be affected by subtle changes in temperature and humidity. This means that, while many snowflakes might look identical, there are enough subtle differences that mean no two will ever be 100% alike.

Is snow water safe to drink

As long as it hasn’t been contaminated by other environmental factors then snow might actually be a safer source of water than your kitchen tap! Getting water from snow is simply a case of collecting it and boiling it until it melts and what you’ll be left with is pure water with all of its impurities boiled away.

If you don’t want to waste time boiling it, meanwhile, you could quite comfortably put snow water through a drinking water filter and it would achieve a similar effect. Be aware, however, that water is ten times denser than snow, which means you’ll get around 1 litre of water for every 10 litres of snow.

Not exactly practical then, but if you’re looking at fun ways of teaching your young children about the differences between gas, liquid and solids then it could be a neat little experiment to concoct this winter while they’re off school.

There is one other adage that always rings true here though. Don’t eat yellow, brown or black snow. We shouldn’t have to tell you why!