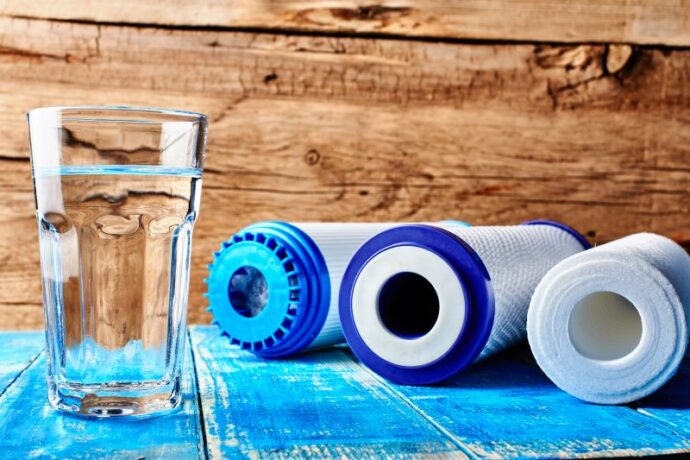 Here at Total Soft Water, we believe it’s important to remember our roots; where we came from in order to be where we are today. That’s why we’re going to take a look back at some of our ancestors!

Perhaps by looking back and seeing how water used to be filtered, we can learn truly to appreciate things like this.

Water filtration methods and their history have a distinct kinship to developments made in the interest of wider public health. Clean water is a big part of societal and personal health, given that so many awful diseases can make their way into the water.

All the way back in 2015, we wrote a blog entry regarding the purification of water, and we delved into the history of water purification in ancient Greece (You can have a read here!). However, there is more history surrounding the subject which we would like to touch upon now:

Hippocrates came to his watery conclusions via the continued use of his four humours belief; namely that the body consisted of four different humours which must all be kept in a constant balance to maintain health. These humours were Phlegm, Blood, Yellow Bile and Black Bile; each one relating to a different element: Water, Air, Fire, and Earth respectively. A common treatment that Hippocrates advised to his fevered patients was to sit in a cool bath so that their humours may be brought back into balance.

Methods for ancient water purification can also be found present in India and Egypt. India brings the Sushruta Samhita to the table, which is a 3rd/4th-century Sanskrit text; much of the information gathered from Egypt’s methods was of course discovered in various tombs and other unearthed pieces.

The Sushruta Samhita describes the process of boiling water by placing it in the sun, or even filtering water through sand and/or gravel, whereas Egyptian methods seem to depict the use of various instruments to achieve the same goal. Our point is that Hippocrates wasn’t the only one with water on the brain; everyone knew how vital water was, so they all got quite creative with how to fix the problems of dirty water.

The Middle Ages and Beyond

The period of 500AD – 1000AD is known as the dark ages for a reason. Previously war-ravaged aqueducts (they were destroyed by The Roman Empire’s enemies) left water purification wanting, and no innovations were truly made in the realms of science and health.

It wasn’t until the year 1627 that new possibilities in the world of water were even attempted, let alone actually found. Sir Francis Bacon began his imperfect experiments with saltwater and attempted to purify it using sand filtration. Whilst it was met with minimal success, this paved the way for future experiments in the field, and further advancements made sand filtration increasingly popular come the 1700s.

Now, in the modern world, we have much security when it comes to purified and filtered water; more than we ever have had to judge by the history of our planet.

Water treatment facilities exist to bring water all across the UK and we are now able to offer such wonderful inventions to you, our customers, thanks to the history of water filtrations.

Some additional discoveries have been made, specifically into disease transmission through water, as a result of investigations into Cholera. This is considered to be the latest major water-based discovery to have been made.