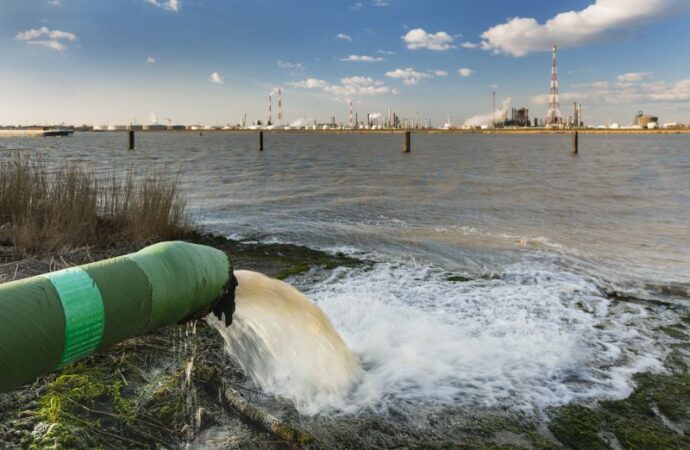 Water pollution, amongst the other things that plague our earth, is often in the minds of those who wish to tackle climate change and save the ocean.

We believe this is an important cause to keep up to date on, so today we’re doing our bit! We are going to highlight some of the facts regarding the pollution of our waters and, hopefully, find some ways for us to get involved and make some changes.

Now let’s consider the fact that out of all that water, only 1% of the freshwater on earth (which is already only 2.5% of the total water on the earth) is easily accessible via rivers and lakes, whilst the rest remains trapped within glaciers or is strewn across snowfields.

Of course, these statistics about drinkable water don’t factor in our newfound abilities to purify water; even so, most water treatment plants do often focus their efforts on freshwater sources.

Now that we’ve covered the basic facts about water, and how much of it we have access to, let us move on to what water pollution is and what causes it.

Water can dissolve many substances on earth, which is why we have access to several things such as flavour-altering products. This is what allows for majestic waterfalls to have a brilliant colour…but it is also the reason that water pollution can occur so easily.

Groundwater, which is effectively water stored underground, is relied upon by many for drinking water. Fertilisers and pesticides, as well as waste trailing from landfills, are the leading causes of the contamination of groundwater; which is almost impossible to purify once contaminated.

Farm waste, alongside phosphates, are the reason for surface water (lakes and rivers) becoming contaminated. Of course, many nutrients are naturally present within surface water, and those are crucial for wildlife to grow and develop, so this doesn’t just affect us. More directly, industrial waste has been, and is being, pumped into waterways and that is obviously not healthy!

Ocean water, which is primarily highlighted in the world of water pollution, is often contaminated by all of the above but also includes additional chemicals and heavy metals; often, these come from farms but they are also coming straight out of big factories.

The Great Pacific Garbage Patch is another profound example of water pollution, straying away from the direct dumping of chemicals and the runoff of waste, and instead represents a very real problem in how the world deals with our non-biodegradable waste!

What can we do?

The best thing we can do, as individuals, is make sure to reuse and recycle what we can where we can.This is, of course, something many of us do already, but there is always room for more. Be sure to spread the word!

Getting involved in beach cleans is another great way to get out and do something if you’re passionate about this topic. Once done, you’ll be able to see the results of your incredible hard work.

Aside from these changes that you can make, education is always the next best step. Read more articles, just like this one! Expand your horizons to the ever-changing nature of water and the world, and take an interest in eco-friendly policies.

The fight to end climate change, water pollution and other forms of pollution, will inevitably be long, but changes can always be made!