Myths and Monsters of the Deep 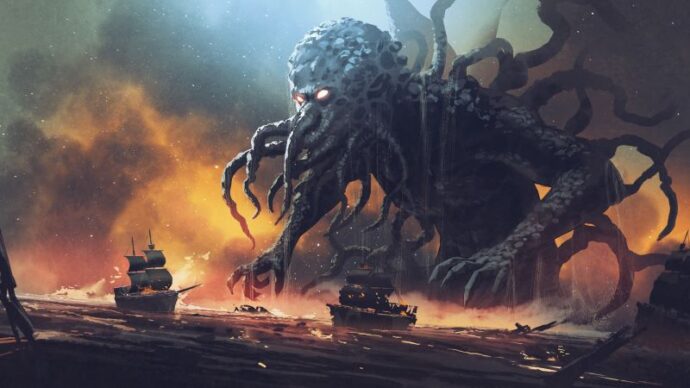 Sometimes the human mind can create wondrous fantasies, and some of them are not so pleasant! With Halloween upon us, we felt this would be a good time to get to know some of those crazy creations.

The ocean, in its vastness, has become a big source for all sorts of myths and monsters; we want to make sure you are all clued up on what to watch out for this October…

Whilst there have been many iterations of the Kraken, the origin of the Kraken is still just as horrifying as all of those other ideas.

The original Kraken stems from Norse mythology and is believed to have dwelled off of the coasts of both Norway and Greenland, its sole purpose and mission being to terrorise any sailors that crossed its hideous path.

It was always depicted as a giant octopus, as many authors and historians relate the beliefs in the Kraken to giant squids. Many fictional works – ‘Such as Pirates Of The Caribbean’ and other written or digital fiction –  have expanded upon this by granting it a giant toothy maw and untold strength.

Another enemy to local fishermen, but this time stemming from Irish mythology.

Beisht Kione translates to the name ‘The Beast With The Black Head’ and is a vicious sea monster believed to hide away south of the Isle of Man. It is described as having a serpentine appearance, whilst also borrowing aspects from both eels and dragons.

Drawings depict it as having fin-like wings upon its back, whilst the dragon aspect of the creature is often attributed to its head and face.

A common story that circulated about the beast was that of its bone-chilling roar that carried across the waves, and its purpose was said to be that of a protector – guarding the lost treasure of pirates from ages past.

A terrifying six-headed sea monster said to take rest under rocks close to Messina, very close to a dreaded whirlpool known as Charybdis.

This descendant of Greek mythology would await ships to pass her lair before utilising the speed of her many legs to devour sailors as they went by… Charybdis would lie in wait to snatch up the survivors and their vessel after Scylla had fulfilled her vicious needs.

But Scylla was not always terrible, it would seem. Her tragic backstory introduces her as a nymph who was cursed to such a hideous form. The coastal town of Scilla is named after the myth and is also said to be the original home of the once-nymph Scylla.

Obscure to some and well-known to others, Cthulu is a modern embodiment of the terrifying mysteries that the sea may hold.

Created by author H.P Lovecraft in 1928 with his story ‘The Call of Cthulu’, this god-like being –  referred to as a ‘Great Old One’ within the mythos – slumbers within his ancient city beneath the waves, waiting to be awoken by the alignment of the stars. He is given the title of priest, signalling the end times upon his return to the mortal realm.

There is said to be a cult that centres around Cthulu, waiting for the day when they can help to release him and bring about the age of the old ones once again, so that Cthulu may rule the earth once more.

Cthulu is described in visceral detail, being presented with aspects of both Octopi and dragons whilst maintaining a human form with arms and legs.