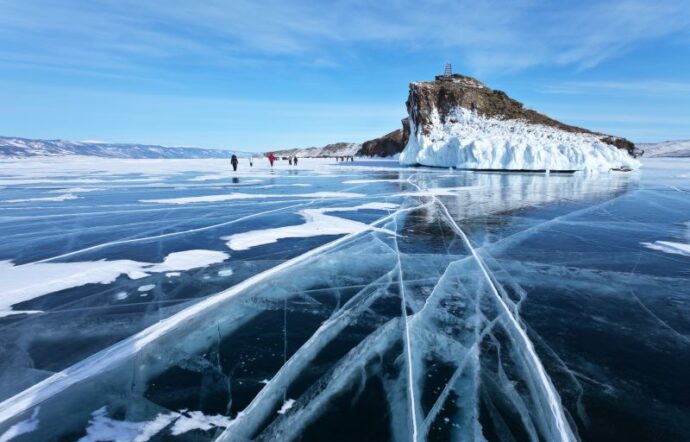 Today, we are going to take you on a journey through ten of the most amazing lakes our world has to offer. Get your wetsuit on and your snorkel ready as we take a deep dive into the wonderful world of lakes.

This extraordinary lake is found in the southwest of China, located within the Jiuzhaigou National Park which is a valley situated on the Tibetan Plateau.

Encompassed by mountains, this lake allows you to see its colourful floor which gives it such a majestic presence. The colours are lights and darks, showing off greens, yellows, and blues, with coral that helps it all come together.

Those living near the lake believe it to be holy; because the lake never freezes over in winter, and the water level is forever constant.

Now this one is really odd! Found within British Columbia, Canada, the Spotted Lake has many, well, spots; each one being produced because of high concentrations of different minerals found within the lake.

The most prominent minerals found within the Spotted Lake are calcium, sodium sulfates and magnesium sulfates. There are others, of course, but not as present as these three.

As a result of the vast amount of minerals in the lake, it is believed to have healing properties. So much so that companies actually wanted to market it for just that. First Nations – a group of indigenous Canadians – actually outbid others in October of 2001 to secure the lake and protect it.

Also known as the Pink lake (you can see where this is going), this western Australian lake is just that, very pink! But why?

In many bodies of water that change colour, it’s often due to algae or a high concentration of certain elements. In these cases, the colour is merely a projection, and if you remove the water from the lake then it just looks like regular water.

What makes Lake Hillier special is that the water stays pink when removed from the source! This led to the discovery that the colour is due to a highly concentrated mixture of salts and the microorganism, Dunaliella salina.

Found in the southern region of Siberia, Lake Baikal is the watery definition of a winter wonderland.

As well as being the world’s deepest lake – reaching depths of up to one mile – this lake is also home to some of the world’s only freshwater seals.

Once winter hits, however, is when this lake truly shines. Caves and bubbles turn to ice under the lake as it freezes over the top, allowing anyone who walks across it to experience a true, natural work of art.

If you’re a fan of wildlife, then this is most certainly the lake for you! Located in the Rift Valley of Kenya, this protected lake has plenty to offer.

Although water levels have unfortunately begun to rise, as a result of the Lake’s immense stock of algae, all kinds of animals still visit the spot including lions and leopards!

The main attraction however is the literally millions of flamingos that go there to feed upon the lake’s rich shores.

A six-mile-wide salt lake situated within southwestern Bolivia. Whilst that rings true today, shorelines that stretch further out indicate the lake used to be much bigger!

Laguna Colorada is a colour changer. Algae changes it either red or green based on the colour that is currently growing; these changes based on the temperature of the lake, as well as the concentration of salt.

Bright white islands are also scattered across the lake, a product of the salt. Much as at Lake Nakuru, flamingos gather here to breed and feed in large numbers.

Now, this isn’t your typical lake; this is an asphalt lake. Located in Trinidad, Pitch Lake is actually a large lake of hot, liquid asphalt.

Given that the lake is two hundred and fifty feet deep, it has become home to many unique organisms that dwell under the surface.

But how did this lake even form? Research suggests that it is due to oil leaking in from the earth’s crust, which has allowed for this unique lake to exist!

A small lake located within Antarctica, this body of water is ten times saltier than ocean water!

Its incredible salinity prevents the water from freezing despite the harsh temperatures. This is owing to the high content of calcium chloride which stands at 95%, which lowers the water’s freezing point.

Scientists who have investigated the lake suspect that the water is likely fed into the lake via an underground source, as the surrounding area is intensely dry.

Situated within Cambodia, the Tonlé Sap is classified as a lake – or even a river – because of the cycle that it goes through.

This amazing cycle has bred an incredible wetland, allowing for highly productive and natural fisheries, as well as allowing for a diverse environment.

In Oregon, USA lives the great Crater Lake. This lake is exactly what it says on the tin; a large crater filled with water.

The crater was formed after the eruption of Mount Mazama which happened roughly seven thousand seven hundred years ago! Rain and snow have filled the crater left behind ever since, producing the lake as we know it now.

The reason that the crater doesn’t overflow, as it does still take in plenty of rain and snow to add to its water stores, is because the ground beneath is absorbing the water at a rounded rate of two million gallons an hour!