The most beautiful Fountains in the world

At Total Soft Water, we’re crazy about, well, water! Although our main focus is on providing our customers with the best water they can get, it’s good to step back and look at the artistic side every now and then.

Water can be used to inspire our art. It can also be used physically to create great displays and wonderful structures. That’s why today, we’re diving into the world of fountains…not to steal people’s wishes, but to gain an even greater understanding of the outstanding things water can do for us. 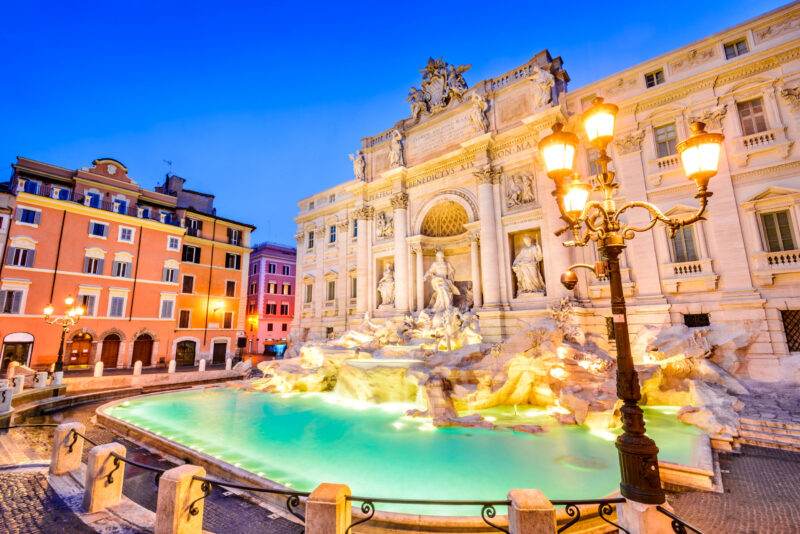 Listed as a spectacle across many sites, The Trevi Fountain in Rome will kick off our list today.

This masterpiece stands 86ft high and 161ft wide and stands out as arguably the most famous fountain in the world. It is the largest Baroque-style fountain that can be found within the city, and it sure doesn’t disappoint!

The fountain was originally designed by Nicola Salvi, an Italian architect who lived from 1697 – 1751. Work began on the fountain in 1732, but Salvi, unfortunately, passed away before its completion; this left four other sculptors to finish the design, with Giuseppe Pannini being the architect for the project. The fountain was then finished in 1762.

Since then, it has been admired by all who cross any of the three roads where the fountain sits at the junction.

The overall design is interesting, depicting the Greek god Triton surrounded by Hippocamps (mythical sea horses). The overall aesthetic relies on water trickling down the stones, and with the god of the sea watching over, it is meant to represent the ‘taming of the waters’. 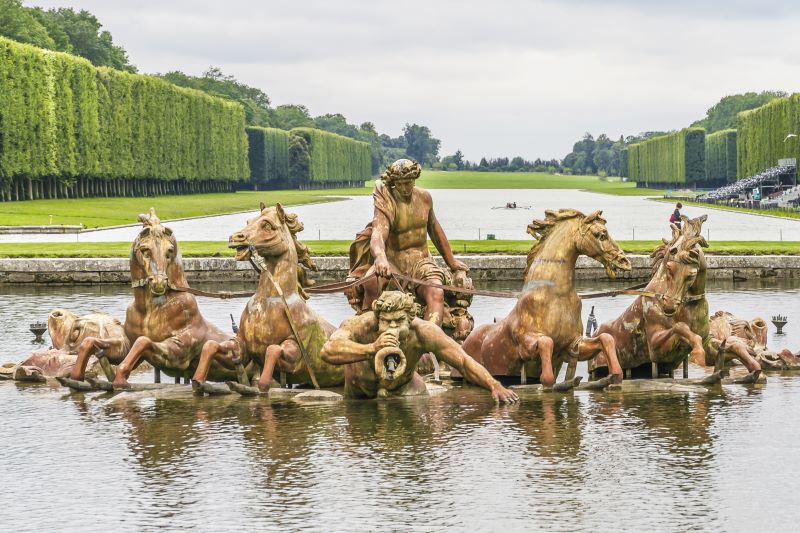 Sticking to the theme of incorporating gods and pantheons, the next best fountains to cover is The Fountains of Apollo, located within the gardens of Versailles.

Known as ‘Le Bassin d’Apollon’ in french, and also called ‘The Apollon Pond’ in English, this stunning fountain, designed by Charles Le Brun, has some additional meaning as to why this design was chosen.

Louise XIV was commonly associated with Apollo, often likening himself to the sun god. It was in this instance that the fountain was dedicated to Apollo.

The fountain depicts the aforementioned Apollo astride a four-horse drawn chariot, flanked by whales, and supported by a triton. All of this comes together with the water features to create a mystical display. 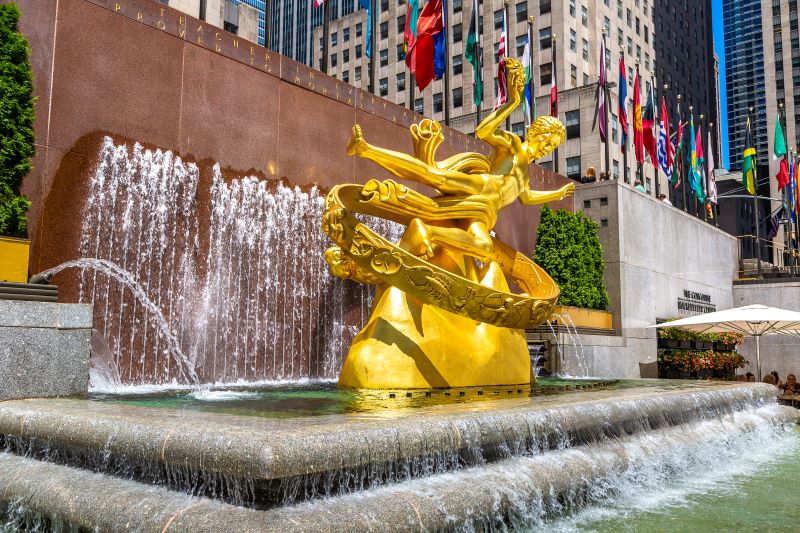 As you can probably guess, the Greek Pantheon is a favourite! This time, however, we stray from the gods and focus on the Titans.

Whilst this fountain focuses less on its water features, and much more of its 8 ton, 18ft tall, gilded statue, its majesty when surrounded by water cannot be denied.

Designed by Paul Manship and built in 1934, Prometheus aims to depict the once-great Titan bestowing fire to mankind, before stealing it away again.

The ring surrounding Prometheus represents the myriad signs of the zodiac, and his position which references falling comes into play. The mountain behind him depicts the earth and the fountain depicts the sea. Behind him, a legendary inscription reads ‘Prometheus, teacher in every art, brought fire that hath provided to mortals a means to a mighty end’

So there you have it, some god-like fountains for your to feast your eyes upon. Want us to showcase more fountains? Let us know!

Whilst some of these fountains may look good enough to drink from, we don’t recommend that! Instead, take a look at our wonderful water filters and give us a call with any questions on 01462 455772.