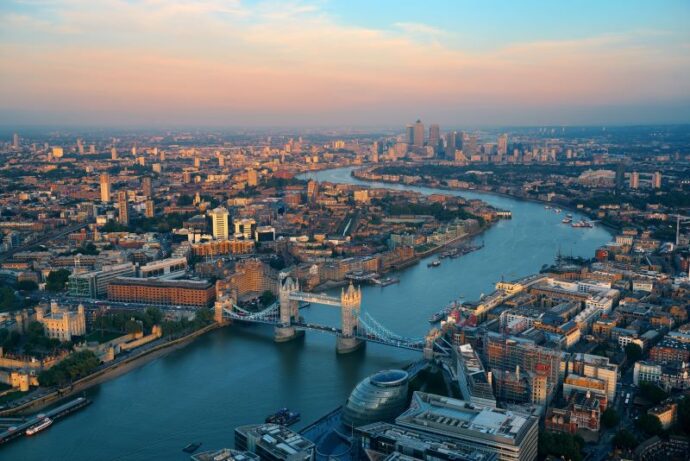 Here at Total Soft Water, it is not just your home water we care about. We love all things aqua! In this post, we are going to give you a run-down of five of the world’s most famous rivers.

Get your wetsuit on and oars at the ready, as we jump straight into the deep end with:

Flowing a grand distance of 6,300km, this river takes travellers through many swirling rapids and fantastic valleys as it makes its way towards the East China Sea.

A reason why this river has become such a popular attraction for tourism is due to its route through The Three Gorges; this generates a large amount of electricity with a hydroelectric dam.

If you decide to make your way down this river, you can also expect to see lots of natural life as you pass through many ecosystems and habitats, including the Chinese Alligator, the Narrow-Ridged Finless Porpoise, and plenty of Yangtze Sturgeons.

Be mindful of these creatures and any others you may find as some are on the endangered species list!

The longest river in Africa, and believed to be the longest in the world (some researchers believe the Amazon River is longer), with tombs, pyramids, and great natural sights along the way, The River Nile is a sight to behold.

The Nile played a huge part in the founding of Egyptian civilisation; in fact, it is essentially the lifeblood of the entire Ancient Egyptian society!

Providing water for crops and drinking, it was said by the Greek historian Herodotus that “Egypt was the gift of the Nile”.

The River Nile is made up of several tributaries (smaller rivers that all culminate into one larger stream). These are the White, Blue, Red, and Yellow Niles.

These tributaries spring from various lakes across Africa, each one being beautiful in its own right. In total, The Nile as a whole covers 11 countries!

Back to the good ol’ blighty for this one! The River Thames is a staple attraction for anyone who talks about the UK and we feel it doesn’t get enough credit!

Also referred to as The River Isis whilst flowing through Oxford from its source in the Cotswolds, The Thames is the second largest river in the UK behind the Severn but is the largest river wholly inside England.

As The Thames stretches past 200 miles of solid walls, it is walked over by thousands of people every day via stunning, famous bridges.

If you were to look to the sides of the river, there is never a dull day with people walking and enjoying the many things London and the surrounding areas have to offer.

If you visit at the right time of year, you can also witness the great rowing contest between Cambridge and Oxford! A true Englishman’s day out.

The longest river in the Kenai Peninsula spanning 132km, heading west from the great Kenai Lake nestled within the breathtaking Kenai Mountains and situated through the Kenai Wildlife Refuge, let’s just say you won’t be disappointed.

Amongst all of the above, the Kenai River also takes its adventurers through the Kenai Canyon and some white water rapids, which are great for anyone looking for an adrenaline rush!

If the rapids aren’t really your thing, why not a spot of fishing? The Kenai is a very popular place for sport or recreational fishing in Alaska, boasting a sizable population of King Salmon. The world record for the largest King Salmon was also recorded at this river.

More commonly referred to as “The River of Five Colours” or “The Liquid Rainbow”, this wondrous river really boggles the mind.

From the final days of July, the bed of the river takes on many different colours including yellow, green, blue, black, and red (red is the dominant colour seen within the Caño). This myriad of colours is all created by Macarenia clavigera plants. In addition to this vivid phenomenon, the Caño is also home to several species of bird, amphibians, and reptiles, which is sure to make your trip even more worthwhile.

So there you have it – a wonderful trip through some of the most breathtaking rivers in the world. If you would like to look a little closer to home and find out how to improve the quality of your own water, give us a call on 01462 455772 and we will be happy to help.