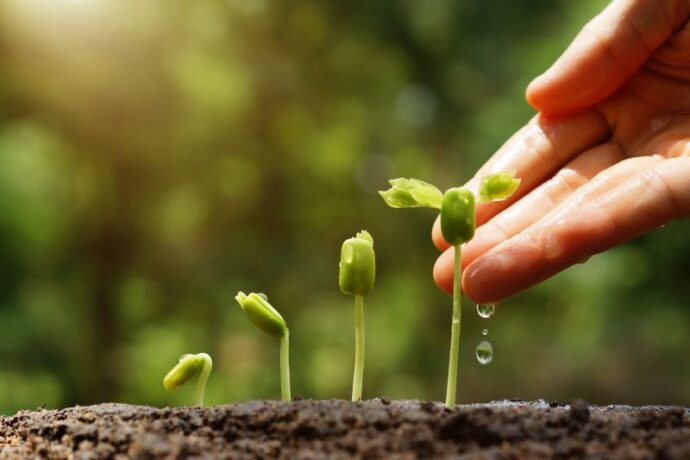 Water is one of the key substances that keeps our bodies going. A person can go about a month without food, but a week without water? Things start going downhill.

Today, we’re going to take a look at some interesting water statistics to improve our knowledge of this vital liquid.

Around 70% of freshwater withdrawals go into agriculture…But how much actually is that?

Water withdrawal is defined as being the “total volumed removed from a water source such as a lake or river”.

After that rather large calculation, we can see that even the total water taken from Lough Neagh is not likely to handle the agricultural requirements of the country. Even though it’s the largest lake in Northern Ireland!

If we take a look at the United States of America, they have a freshwater withdrawal of 340.7 billion gallons of water per day, meaning their water usage for agriculture is roughly 238.49 billion gallons

3 Thousand (3,000) litres of water is said to be required for one person’s daily food needs, and when it takes 18 gallons (roughly 81 litres) to grow an apple, this shouldn’t come as a surprise!

We touched on some of the ways we use water within our home in one of our previous posts, and in some cases, these can lend to much of the water wasted in the world. As you might be able to tell, however, it can go a little deeper than just wasting water at its source.

Imagine all of the different food items that have been wasted in the past, and now add on top of that the amount of water that was used to grow that product.

A house of 4 people is said to use 349 litres of water per day, including showering/bathing, cooking, washing the dishes, and all manner of other things that we do in our daily lives. Therefore a house of 4 would use roughly 127 Thousand (127, 385) litres of water a year…

From this figure, around 10 thousand litres of that is wasted! This might be from using too much water, or using the big flush on the toilet, or a plethora of others that we don’t even think about.

Check out that previous post we mentioned for more information on how you can reduce your water usage.

An improved water source is defined as,

“A type of water source that, by nature of its construction or through active intervention, is likely to be protected from outside contamination.”

From data and research, it is said that 9% of the world (as of 2015) do not have access to one of these creations that provides clean and sustainable drinking water.

This translates to roughly 666 million people, slightly lower than the true 9% value. If we include the figure of people without a basic clean source of water, this figure increases to 2.1 billion…

Part of the definition of an improved water source includes the access to “piped water of premises” and/or other improved sources including, “public taps, standpipes, and protected dug well.”

As always, there is plenty of information online regarding the current state of the world’s water, charities like UNICEF are a great place to start.

With all those facts about water, it gets you thinking about the water in your home, right? Well, at Total Soft Water, we have your needs covered.

We aim to provide high-quality water filtration and water softeners for your daily needs. Give us a call on 01462 455772 where we would be happy to help you.