Water intoxication – can drinking too much water be bad for you? 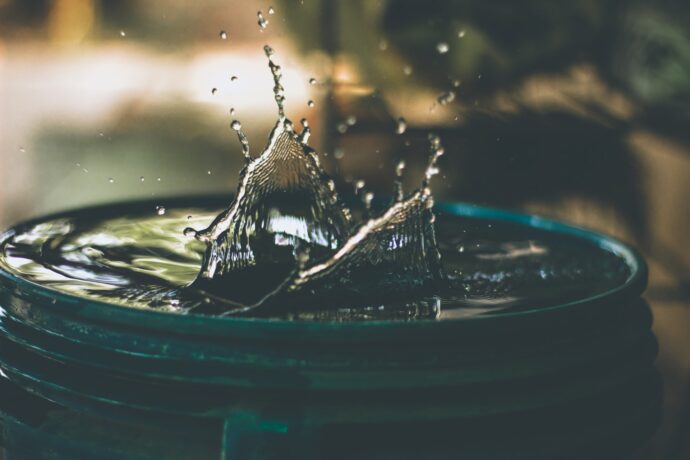 2020 has given us a lot of difficult things to process. One of the few genuinely good things about this year, has been the weather.

Indeed, it might seem like a cruel joke that we’d be gifted one of the hottest Springs on record when in national lockdown.

Thankfully, this hot spell appears to have lasted through into the summer and we’re seeing some of the hottest days on record right now.

But while lockdown might have been lifted and everyone is more than entitled to enjoy a little bit of sun right now, there is a hidden danger that is seldom considered.

Logic dictates that when it’s hot, we need to remain hydrated as much as possible and drink lots of water right?

True, but this weather also lays the foundations for potential water intoxication if those out there enjoying the sun and trying to stay safe are not careful.

What is water intoxication?

All cells in our bodies require water to function but over-hydrating, whether it be due to intense exercise, heat, or a combination of the two, can lead to nausea, vomiting, confusion, and in some rare cases brain swelling, which can be fatal.

This is a condition with the medical term “hyponatremia” but is more commonly referred to as water intoxication or water poisoning.

It happens when we’ve consumed so much water that it starts to increase the amount of water in our bloodstream. This dilutes necessary electrolytes such as sodium and as sodium is what maintains the balance of fluid in our cells, if sodium levels drop too low then the fluid is transferred from the outside to the inside of cells. If this happens in brain cells, it can lead to the aforementioned symptoms.

Symptoms to look out for

After they have consumed too much water, the pressure inside a person’s skull will increase, which leads to mild headache and nausea.

If it progresses further this can lead to drowsiness, cramping, blurred vision, confusion, and breathing difficulties.

If you are drinking a lot of water for any reason and notice a headache or nausea sinking in then it’s a good sign to stop immediately. The same is true if you notice the symptoms in someone else. Know what to look for and you’ll know when to step in and say when enough is enough.

The primary causes of water intoxication

Don’t panic too much as water intoxication is incredibly rare. Indeed, one study found that of 488 participants in a marathon, only 13% had symptoms of hyponatremia and the vast majority were mild.

It’s only in these kinds of extreme circumstances where it commonly occurs but it is more likely to happen when it’s incredibly warm, as warm weather. It’s more common in the military, where extreme exercise is a daily part of the routine.

How much is too much?

Because, while your kidneys can remove up to 28 litres of water a day then can only remove about 1 litre per hour.

So, as long as you‘re not drinking more than 3 or 4 litres of water in the space of an hour, you should be safe, whatever the weather.

How much is enough?

It’s a common misconception that everyone should be drinking 8 glasses of water a day. This doesn’t account for factors such as age, sex, body weight climate or levels of physical activity. Generally speaking, it’s more accurate to consider your caloric intake.

For example, if you consume 3,000 calories a day, you should also be consuming around 3,000 millilitres of water. Given that a large glass is generally about 500ml, that would mean 6 glasses of water a day.

Of course, this will change from person to person, but it will be that much easier to ensure you’re not only drinking the right amount but enjoying it if you are using a good water softener and filter.

Particularly given the vast disparity in water quality across the country, it’s never been more vital for our water to be clean, safe and drinkable. With this summer heatwave settling in, it’s the best way to ensure we’re drinking just the right amount (but not too much).

Drinking water is essential to health, we all know that, but with studies showing water can boost immunity, getting your […] read more