Why do we put chlorine in water and is it safe? 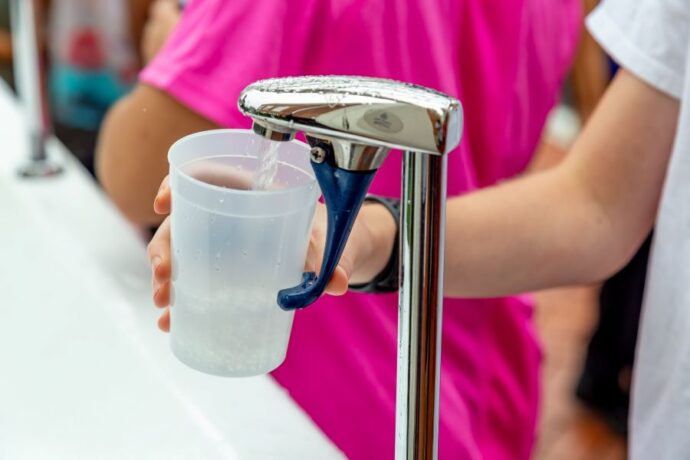 Chlorine is something we’re all tangentially aware of but few of us understand. Anyone who has ever stepped foot in a public swimming pool will recognise the smell – that faintly pleasant chemical whiff that greets us whenever we leave the changing rooms. But what is chlorination and why do we do it to our water?

Chlorine is a powerful and effective disinfectant that is added to public water in safe amounts to all germs and prevents bacteria from growing on pipes.

It’s been used popularly around the world since the last days of the 19th century, first being trialled in Maidstone in 1897 and has been used in drinking water in the US since 1908, when chlorine was added to the Boonton Reservoir in Jersey City.

Soon, the same system was introduced into drinking water systems around the world, as it helped to prevent the spread of common diseases.

There is, however, a shadowy side to chlorinated drinking water. In a swimming pool, the average amount used is between 1 and 3 parts per million, which we wouldn’t recommend drinking, but won’t harm you in small amounts.

For drinking water, the amount of liquefied chlorine used by water companies in the UK is 0.5mg per litre or less, which is just below the safe level.

This is quite concerning as even in small amounts if ingested over time chlorine can harm your gut health and a report from the US Council of Environmental Quality found that there is a 93% higher risk of cancer developing in those who drink chlorinated water.

It’s been suggested that the average American citizen drinks around 300 times the amount of chlorine that’s safe for them to ingest and while things are not as bad in the UK, it’s still an issue for many.

Even in small amounts, chlorine can be highly carcinogenic and can destroy beneficial gut bacteria. This leads to increased risk of diabetes, irritable bowel syndrome and, obesity.

Protecting yourself from chlorinated drinking water

If 0.5mg/l still seems too high for you, and you’re trying to live a more healthy and natural lifestyle, there are several things you can do.

Going low-tech – The cheapest and simplest option is to fill a bottle with drinking water and let it rest in the fridge with the top of the bottle off for around 24 hours, allowing the chlorine to evaporate.

If you can’t wait that long, you could always boil your water and then chill it, as boiling also removes the chlorine.

Drinking bottled water – It might seem like something of an obvious answer, but bottled water is a costly endeavour that could set you back hundreds of pounds a year and then some. It is, however, one of the few surefire ways of ensuring that your drinking water is 100% free of chlorine.

Installing a water filter – Investing in a water softener or drinking water filter for your home is the safest and most comprehensive choice, as it filters the vast majority of the chlorine from your water right at the tap.

Even chilling and boiling your water can leave other pathogens behind and for peace of mind alone, a good quality water filter is an investment you’ll never regret making.