Is there lead in your water? 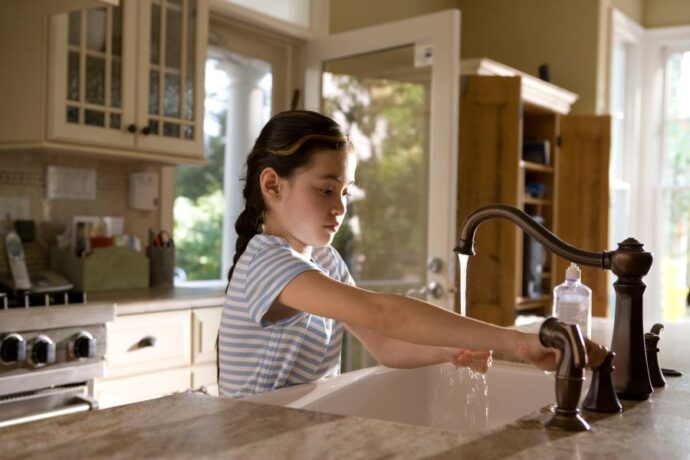 The question ‘what’s in your water?’ concerns many, particularly those who regularly reach for a glass of tap water. While tap water in the UK is among the safest, cleanest, highest quality, and best tasting in the world, it is far from perfect.

As well as odours, impurities, and sediment, tap water delivered by lead pipes can be bad for your health.

But where do you begin when identifying lead pipes within your property? And what are the effects of drinking water that contains lead? Our water filtration specialists reveal all the answers right here…

The problem with lead

Lead may be a metal that occurs naturally within the environment, but exposure to it over a long period of time has been found to have a wide range of health implications, particularly in pregnant women, unborn babies, and young children.

In the short term, exposure to high levels of lead can cause stomach upset, mood changes, poor concentration and focus, headaches, hallucinations, and even brain and kidney damage. Even exposure to small quantities has been connected to anaemia, low blood pressure and fertility problems.

Whilst breathing in lead contaminated air poses no threat, ingesting lead through drinking and eating can be damaging to health.

A brief history of lead

Lead was used widely throughout history thanks to its dense, ductile and corrosion-resistant nature. Here ScienceStruck reveals more about its long history and uses around the world:

“Lead was one of the earliest metals discovered by humans. Due to its corrosion-resistive property, the Romans used it to make water pipes and for lining baths. Later, it was used to cover ship hulls. Around 4,000 years ago, the Chinese started using lead to forge coins. Moreover, lead was used for roofing and construction purposes because of its high fire and water-resistive properties. In ancient times, lead was also widely used in sculptures and decorative objects.”

Even though lead poisoning was known as early as Roman Times – the Romans also used lead to make cooking utensils which resulted in a very high number of cases – it wasn’t until more recent times that the widespread use of lead was quashed.

In the 1970s, the UK government banned the use of lead in several areas, including plumbing. The banning of its use in water pipes was a primary route to limiting lead exposure from all sources.

Lead within your home

Despite the fact that UK water mains are no longer made of lead, you could still be unwittingly drinking lead within your home. People living in properties that have not been modernised since the 1970s are at particular risk of lead exposure.

These older homes are more likely to have a lead pipe feeding their property or lead pipework as part of their internal plumbing.

To identify lead pipes, complete a visual inspection both inside and outside your home. Lead pipes are a dull, grey colour, which once scratched reveals a silver coloured metal.

Lead pipes are also softer than copper pipes. If you tap the pipes gently, a dull thud instead of the clear ringing associated with copper or iron pipes may indicate that it is lead. Lead joints can also expose you to harmful lead. These joints are generally rounded and swollen.

You can also ask your water company to test your water to determine its lead content.

Replacing lead piping is the best way to limit lead exposure. Most water companies provide lead pipe replacement free of charge if the piping belongs to them.

Hot water is also more susceptible to lead contamination as it dissolves particles more quickly than cold water and is able to carry more lead as a result.

Avoid drinking hot water from the tap and run all your taps before use to ensure standing water is removed effectively. This water doesn’t have to be wasted either, catch it and use it to water your garden plants.

Drinking filtered water, instead of tap water, will prevent lead exposure and unlock many more benefits for your health, wellbeing, and water drinking experience. Shop our range of drinking water filter systems and replacement filters today.