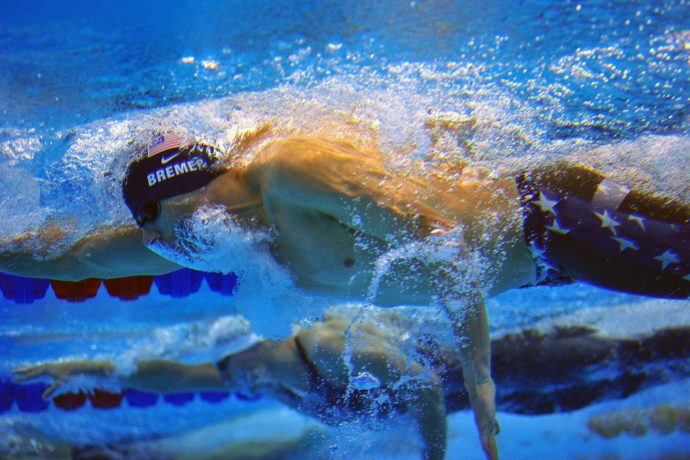 There have been some iconic swimmers that have stood out amongst the others over the years. These swimmers have broken world records, won Olympic golds, and pushed themselves beyond all limits to become the best at their sport.

Here we will dive in and look at some of the world’s iconic swimming champions.

Michael Phelps – American Olympian, Michael Phelps started swimming at the age of seven. He was inspired to swim professionally after watching Tom Malchow and Tom Dolan compete in the 1996 Olympic Games.

Winning his first national record for his age group at the age of 10, Phelps later went on to qualify for the 2000 Summer Olympics at the age of 15, the youngest to do so since 1932.

One year later, he broke his first world record in the 200-meter butterfly and in 1993 made five world records at the world championships in Barcelona. At the height of his career, he bagged 23 Olympic gold medals and is the world’s richest swimmer with a net worth of $55 million!

Diane Nyad – Legendary long-distance swimmer, Diane Nyad, was inducted into the United States National Women’s Sports Hall of Fame in 1986. Nyad set numerous world records for swimming in open water, most notably in 1979 when she swam 102 miles from North Bimini Island, Bahamas to Juno Beach in Florida, without the protection of a shark cage. She completed the mammoth swim in under 28 hours, setting a world record of both men and women.

Peaty started swimming at the age of nine, but didn’t take swimming seriously until he was 17, one year later he made the semi-finals of the 2012 Olympics.

He went on to break world records and become five-time World Champion, twelve-time European Champion, three-time Commonwealth Champion and won European Swimmer of the Year, five consecutive years. Peaty said, “Nothing means more to me than racing for my country, racing for the Queen and racing for the people back home who support me.”

Esther Williams – American swimmer and actress, Ester Williams, was born in California in 1921. Williams set numerous swimming records in her late teens and was to compete in the 1940 Summer Olympic Games but was unable to due to the outbreak of WW2.

Ester Williams was spotted by a Metro-Goldwyn-Mayer talent scout, she went on to play small acting roles alongside Mickey Rooney, later staring in her own aqua musicals, featuring synchronised swimming and diving. Esther Williams passed away in 2013, at the age of 91.

Mark Spitz – Nine-time Olympic champion, Mark Spitz, was born in California in 1950. Nicknamed “Mark the Shark”, Spitz started swimming at the age of six. At 10-years-old, he held one world (age group) record and 17 national records. At the 1972 Olympic Games in Munich, Spitz won seven gold medals and set seven new world records in each event he competed in.

After his huge medal and record haul in Munich, Spitz retired at the age of 22. He was inducted into the International Swimming Hall of Fame in 1977, United States Olympic Hall of Fame in 1983 and the Sports Hall of Fame in 2007. After his retirement, Spitz appeared in film and TV, as well as television commercials for PlayStation and Sprint PCS.