Marine Species Under the Threat of Extinction 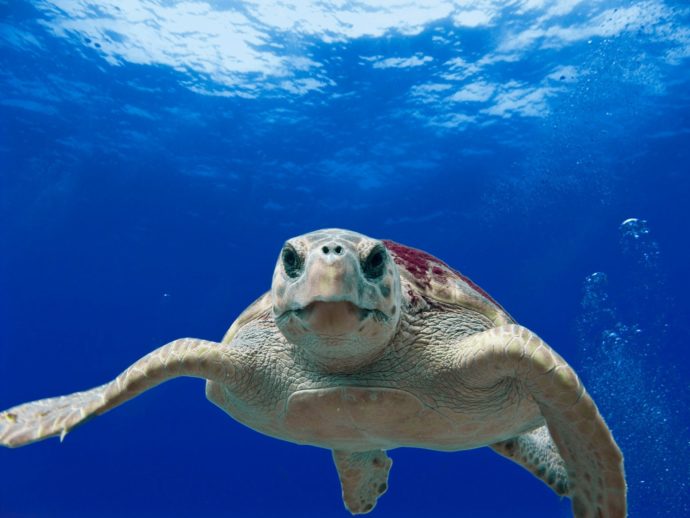 Marine animals and ocean species are disappearing faster than those on land, according to a report by National Geographic. As the planet’s temperature starts to rise through global warming, ocean-dwelling animals are more vulnerable than their land counterparts.

Researchers at New Jersey Rutgers University found that 400 cold-blooded ocean species are at risk because marine animals have lived in a temperature environment that hasn’t changed that much of many years.

Marine animals can only tolerate a certain amount of warning, this is known as a thermal safety margin, marine animals have a narrow margin of only 88, compared to 318 for land animals.

“While previous research has suggested warm-blooded animals are better at adapting to climate change than cold-blooded ones, this study punctuates the special risk for sea creatures. As the oceans continue to absorb heat trapped in the atmosphere from carbon dioxide pollution, bringing waters to their warmest point in decades, undersea denizens don’t have the luxury of ducking into a shady spot or a burrow.”

These animals are not only at threat from global warming, they are also threatened by overfishing, pollution, and habitats being destroyed.

There is a growing list of species at risk of extinction. From sharks to seahorses, to turtles and fish species such as cod and tuna, they are declining in number every year.

The Angel Shark is critically endangered, the species are now extinct in the North Sea. There were originally found in waters from Scandinavia to North West Africa. The shark habitats are being destroyed by coastal developments, water sports, pollution, and are being caught in fishing trawlers.

The Angel shark is now protected in certain waters, it is prohibited to fish for them in the waters around the Balearic Islands, they are also protected under the UK Wildlife and Countryside Act.

The Common Skate is another species in immediate danger of extinction. These fish can live to 100 years old. Their habitat is on the ocean bed, in depth of up to 600 meters.

Despite the name, this skate species is anything but common. Its numbers have rapidly declined over the past few years due to overfishing. They are now a rare sight in UK and European waters.

Marine animals are just as vulnerable as those that live in the ocean. Sea birds and sea mammals such seals are declining rapidly. Some species are falling in numbers, some are critically in danger.

The Balearic Shearwater is a sea bird that is declining by 8% every year. They breed and nest on the Balearic Islands from February until June, then live out at sea around the coasts of Portugal and Spain.

The Shearwater is one of the rarest sea bids in the world. The birds are most often killed by pollution, being caught in fishing nets and affected by oil spills. It is thought that the Shearwater will be extinct in 40 years.

The Loggerhead Turtle and the Leatherback Turtle are both endangered. There are only thought to be around 1,000 Leatherback hatchlings that make it to adulthood. One of the main threats to the turtles are fishing gear as they get caught up in nets and fishing line.

In tropical countries where they nest, humans kill them for oil, meat and their eggs. They are also vulnerable to ocean pollution, often mistaking plastic bags for food. Loggerheads live in open ocean, and like the Leatherback turtles their main threat is pollution, getting caught up in fishing gear and being hunted by humans for food.