Oil spills and their effect on the ocean 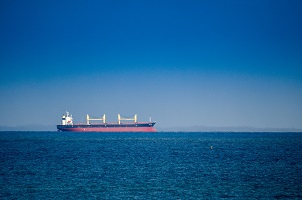 Oil spills have a devastating effect on the ocean, affecting aquatic life and damaging the environment. Oil spillages can happen on land and sea, but the worse and most dangerous is oil spill which occurs at sea.

When oils spills at sea, it is deadly to every living creature in the water that it comes into contact with, also oil spilled at sea is carried for hundreds of miles on ocean currents. Spreading the devastation far and wide.

What is an Oil Spill?

Oil is liquid petroleum hydrocarbon and when It is spilt into the environment it will cause devastating effects. Oil spills may be from tankers, offshore platforms, rigs and wells and are usually the result of human error or accident.

One of the worst oil spills in history was in 1991. During the Gulf War, Iraqi forces deliberately released 300 million gallons of oil into the Persian Gulf as part of the offensive. The slick spread out 101 miles by 42 miles and was 5 inches thick.

Oil spills can have a long last effect on the environment, and the effects are worse still if the spill is close to the mainland where the shoreline is teeming with wildlife that live on or close to the water’s surface – such as birds, otters, fish, and invertebrates. Oil will also have a massive impact on shipping, fishing and tourism with these industries suffering huge economic losses.

How Does Oil Impact Marine Life?

Oil has a devastating effect on wildlife, oil penetrates the plumage of birds and the fur of animals. When this happens, the feathers and fur of wildlife lose the waterproof repellence in their fur and feathers, meaning birds, and animals are no longer insulated, because of this they are unable to keep warm with many dying from hypothermia. The birds and mammals also ingest the oils poisoning them.

Ocean Service explain oils catastrophic effect on fish, they say, “Fish and shellfish may not be exposed immediately, but can come into contact with oil if it is mixed into the water column. When exposed to oil, adult fish may experience reduced growth, enlarged livers, changes in heart and respiration rates, fin erosion, and reproduction impairment. Oil also adversely affects eggs and larval survival.”

It is not just aquatic animals that suffer in the aftermath of an oil spill. Marine plants are important for the health of the ocean and the survival of aquatic animals, without marine plants there would be no life in the ocean. When an oil spill happens, it covers the water’s surface meaning that no oxygen or sunlight can penetrate the water, if no oxygen can get to the plants, they will die. Also, if there is a lack of oxygen, photosynthesis will not happen.

Spills also have a negative impact on coral. If coral reefs come into contact with oil, it will stop growing. This will have a massive effect on vertebrate that depend on coral for its survival.