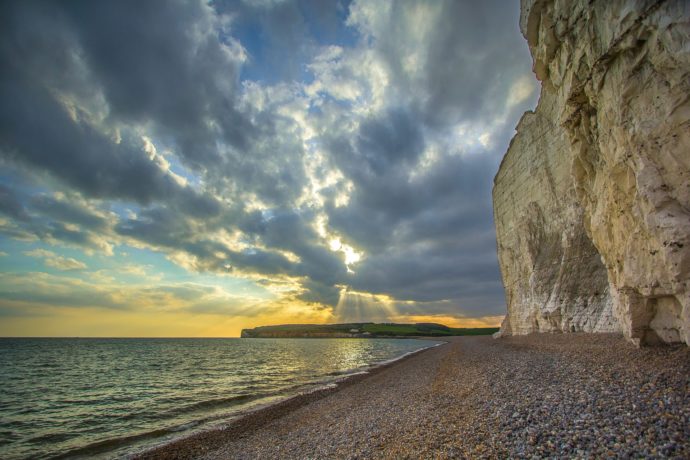 The ocean is a powerful and relentless force; therefore, it is important to protect our coastlines against erosion and flooding. Failing to protect our coastlines would have a huge impact to coastal communities because of displacement through flooding, and having a severe economic effect because of water damage to homes and public resources – as well as loss of businesses in the area.

The Geography Site says, “According to DEFRA there are an estimated 1.8 million residences and 140,000 commercial properties at risk of flooding and coastal erosion in the UK. They estimate that 4 – 5 million people could be affected. A few hundred years ago nobody was particularly worried about coastal erosion because very few people lived there.”

What is Coastal Management?

Coastal management is put in place to help prevent homes, businesses and natural habitats from flooding. There are four approaches to effective coastal management, these are;

Engineering and Technologies that Protect Our Coastlines

Sea walls are the most used engineering technique to protect our coasts. Giant walls are used around entire coastlines in attempt to protect against flooding and erosion. Sea walls are not the most attractive of inventions, and require constant maintenance due to the strong backwash which they produce.

Groynes are low lying wooden walls that extend out to sea from the beach. The groynes capture the sand via longshore drift, and build up larger sections of beach stopping the waves reaching further inland, so increasing the defence against coastal erosion.

Other defences include tidal barriers which are large, retractable walls which are erected across estuaries they are used as flood gates against storm surges. Breakwaters which are offshore walls that break incoming waves to make them lose their power as they wash into the coastline, and Riprap which are large rocks and stones placed against the base of a cliff to reduce the impact of wave power.

Beach Nourishment is an inexpensive soft engineering technique where sand and shingle are added to a spot where beach or cliff materials have been eroded. It can be used to make the beach wider, which will also have the added benefit of attracting tourists.

The idea is to get the waves to travel further making it lose its energy before it meets the coastline. Beach Stabilisation is where dead trees are planted in the sand in an attempt to disperse energy from the waves.