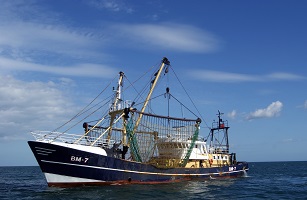 Fishing is one of the oldest known professions. The practice of catching fish was important in prehistory with fish being an essential food source. The practice dates back around 40,000 years.

A Short History of Fishing and Fishermen

Cave drawings found in South Africa show the earliest proof that humans have been consuming seafood for around 164,000 years. However, fishing equipment wasn’t invented until many years later. The first known evidence of fishing hooks being used is in a cave painting in South-East Asia from 40,000 BC. By the time of the ancient Egyptians, Greeks and Romans, fishing with equipment was common practice. Reed boats were used for fishing on water, harpoons, woven nets and baskets were used to capture fish. Fresh and dried fish were a staple part of the diet in ancient times.

Deep sea fishing did not emerge until the 15th century. It would be another four hundred years for deep sea fishing to really take off, with the arrival of steam-powered boats. Powerful trawlers were able to drag larger nets. Recreational fishing became a popular pastime in the 18th century, usually enjoyed by the upper classes.

Commercial fishermen or fishers use nets, rods and traps to catch fish and other marine life that will be sold for consumption by humans or used as animal feed. Some fishers work in large crews on trawlers and boats in deep water, others work in more shallow water with a small crew.

Most fishing jobs tend to be seasonal, typically in the summer. The job can mean being away from home for weeks or months at time. It is a very physically demanding job involving lots of lifting, carrying and climbing, and considering the unpredictable environment that fishermen work in, can be very dangerous too. The conditions aboard a fishing boat can be unpleasant; often boats have cramped conditions and adverse weather can make the seas rough. The combination of the smell of fish and rough seas often test the sea legs of the most seasoned fishermen.

“Dougie’s story is one of many around the UK where fishermen have been given a second chance because they have been wearing a PFD. More and more fishermen are wearing a PFD while working on deck but there still remains much work to be done.” He continues, “As an industry we need to change and to make it safer. A safer industry will not only benefit those who are already in fishing, but it will have a huge bearing when trying to attract young people into one of the most dynamic jobs in the world.”