How old is the water you drink? 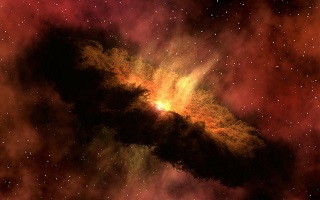 Have you ever wondered how old the water is that you consume every day? We know that water has been on earth for a very long time. However, a study that was conducted a few years ago has led scientists to believe that water has been on earth a lot longer than originally thought. In fact, it is now thought that more than half the water on Earth today predates the sun!

How it all Began

Our planet is awash in water and has been for hundreds of millions of years. However, the earth was formed dry, so where did all the water come from? Water consists of hydrogen and oxygen (H20). We know hydrogen was created within a few minutes of the Big Bang, the gigantic explosion that happened resulting in the creation of our universe around 13.7 billion years ago. Oxygen came later, much later. In the first half of Earth’s 4.6-billion-year history, the atmosphere had hardly any oxygen at all. Microbes called Cyanobacteria were the first to produce oxygen by photosynthesis around 3.5 billion years ago.

According to astrophysicists, half the water on Earth came from the Solar Nebula, the interstellar gas and dust cloud that remained after the sun’s formation. The other water is thought to have been delivered by catastrophic comet impacts which are referred to as the Late Heavy Bombardment. The water found in our oceans is very similar to the water found in asteroids. This means that the water in our oceans and the water that we drink every day could be millions of years older than the solar system itself.

Scientists have been testing water to try and determine its age by analysing water molecules in the ocean. Our water is made up of two hydrogen atoms and one oxygen atom. Some water contains a larger amount of the hydrogen isotope, deuterium, and is known as ‘heavy water’. Deuterium water is found on other planets and moons in the solar system, as well as here on Earth. Interstellar ice contains deuterium water because it is formed in very cold temperatures. The presence of heavy water on earth is not unique to us; remnants of ancient ice are known to be on Mars, Jupiter’s moon Europa, in comets, asteroids, and in the glass of water you drink. This means that water is present on lots of other planets increasing the possibility of life being found elsewhere in the galaxy.

Professor Tim Harries a researcher at the University of Exeter explained the issue to The Mind Unleashed:

“This is an important step forward in our quest to find out if life exists on other planets. We know that water is vital for the evolution of life on Earth, but it was possible that the Earth’s water originated in the specific conditions of the early solar system, and that those circumstances might occur infrequently elsewhere.”