Sea jobs: The Royal Navy – A life at sea 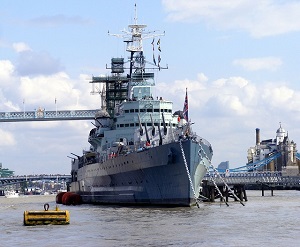 The Royal Navy (RN) is a military organisation, tasked with the protection of shipping and the fulfilment of international military agreements.

A Short History of The Royal Navy

The British Navy has a long history, dating back to Alfred the Great in 879 AD. The sea has always been a barrier to invaders, a channel for trade, and a means for overseas travellers to arrive on our shores.

The navy has had some famous ships including the Mary Rose, HMS Victory and HMS Warrior, with equally famous captains like Horatio Nelson. The navy as we know it today began in the 16th century and was originally called the “Navy Royal” rather than the Royal Navy.

During the 17th and 18th century our navy competed with the Dutch Navy and then the French Navy for maritime supremacy. The Royal Navy was the largest maritime fleet of its kind until the United States Navy took over during WWII.

The Royal Navy has played a prominent part in battles during World War I and II, the Korean war and the Falklands war. Today the royal fleet has 74 commissioned ships, including six-guided missile destroyers, thirteen frigates, and one aircraft carrier. It also possesses ten nuclear-powered submarines, four of which are ballistic missile submarines and six fleet submarines. Other vessels include amphibious transport docks, patrol and survey vessels, an ice breaker as well as historic warships.

Jobs in the Navy

The Royal Navy has five fighting arms that work together: Surface Fleet, Submarine Service, Fleet Air Arm, Royal Marines and Royal Fleet Air Auxiliary. The arms also have subcategories like the Special Boat Service, which is part of the Royal Marines. There are naval bases and naval air stations around the UK and overseas.

To train for a role in the Royal Navy you would attend a navy training establishment, such as HMS Collingwood, which is the largest naval school in the UK. Here, you would be trained in areas such as warfare, weapon engineering, diving and sea survival.

“Collingwood Command provides Executive, Duty of Care and facilities management functions for trainees at stages 2 and 3 of their Warfare and Weapon Engineer training and lodger organisations, including the Royal Navy Leadership Academy, Maritime Warfare Centre and Fleet Intelligence Centre.”

The Royal Marines are amphibious light infantry troops that are known to be one of the ‘world’s elite commando forces’, ready to go into deployment around the world at any time. The marines are specialised and adaptable and are trained for quick deployment. Corps are operational in all environments and climates, and have expertise in amphibious artic, mountain and expeditionary warfare, and are a part of the UK’s Rapid Reaction Force.

The Submarine Service, sometimes known as the silent service has the motto ‘We Come Unseen’. Navy submarines can spend up to three months underwater, so life on a submarine boat is not for the faint-hearted. Being submerged months on end in a confined space can test the sanest of minds. Boats can dive to depths in excess of 250 meters, although the actual depth is classified information.