Water technologies that could help save our planet 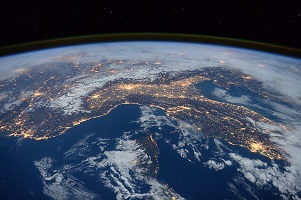 One of the very first examples of water technology dates back almost 8,000 years to the invention of the water well. Wells were used to supply communities with fresh, clean water, making a huge difference to how people lived. The water well stands as one of the most underrated inventions in history. Today, companies are developing new water technologies that could help save our planet.

The World Health Organisation (WHO) have stated that an estimated 6 million people die every year from diarrhoeal diseases due to lack of safe drinking water and poor sanitation. Researchers in India have developed a water purification system using nanotechnology.

Membrane chemistry has been around for a few years and is essential for water treatment processing. Water passes through membranes, filtering and purifying it. The pores of membranes can be a small as 10 or 20 nanometres across, which is 3,000 times finer than a strand of human hair.

Pressure driven filtration systems include microfiltration (MF), ultrafiltration (UF), and reverse osmosis (RO). The difference between them is the pressure used and the pore size of the membrane.

They can provide increased assurances of safe drinking water because the microbial contaminants (viruses, bacteria, and protozoa) can be completely removed by a physical barrier. Low-pressure membrane filtration of public water supplies has increased significantly since the late 1990s because of improvements in membrane manufacturing technology and decreases in cost.”

Around 70% of Earth’s freshwater is used by the agricultural industry. Having an intelligent approach to water management (by putting in place precision irrigation systems and computer algorithms and modelling) is starting to aid farmers in developed countries.

Although this is a new approach using new instrumentation and analytical technologies, the idea came from the realising the importance of measuring and forecasting. In the past there was not so much emphasis on measuring water because we thought we had plenty. We know now this is not the case.

In 2005, the very first seawater desalination plant opened in Singapore. Reverse osmosis technology is expensive, consuming a lot of energy, around 4 kilowatt hours of energy per cubic metre of water.

One solution being explored is biomimicry. This is the mimicking of a process that occurs in nature, through science. One such process is that of mangrove plants and euryhaline fish, which extract seawater using minimal energy.

Another solution is using biomimetic membranes enhanced with aquaporin. Aquaporin is proteins which are embedded in cell membranes that then carry water in and out of cells while blocking out saltwater.