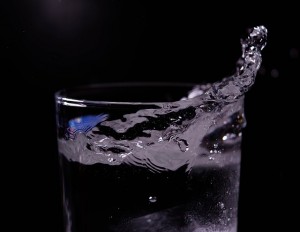 Water. Aqua. H20. No matter how you refer to it, its benefits and uses are known to all. However, a tragedy has befallen the world of water! ‘Oh no!’ I hear you cry, ‘what could it be?’ Well, the horrible truth is that many people think water is…boring.

Sadly, some people less well-versed in the weird and wacky ways of water seem to think it is merely ‘the stuff that comes from the tap’ or ‘that stuff in the sea’.

Without further ado, please zip up your wet-suits and pack your bubble-bath, because we are off on a cruise through 10 of the coolest facts about water:

1. If all of the water vapour contained in Earth’s atmosphere fell at once, it would cover the entire planet in roughly an inch of water! It would also be quite annoying…

2. Approximately 69% of all freshwater on Earth is trapped in glaciers! Glaciers are huge bodies of compacted snow and ice that make up massive parts of the Arctic and Antarctic.

3. It takes around 20 gallons of water to create 1 pint of beer. Next time somebody tells you to drink more water, just tell them you can drink 20 gallons at a time…

5. There is more fresh water in Earth’s atmosphere than in every river on the planet combined.

6. There is enough water on Earth to fill approximately 800 trillion swimming pools. That’s a lot of floating mystery hairs and old plasters…

7. The Antarctic is currently covered in approximately 10 thousand trillion tonnes of snow and ice, which is coincidentally about the same amount that landed on my driveway last winter.

8. The Sun creates approximately 100 million times the water in the Amazon River every second!

9. A 5-minute shower uses roughly 200 litres of water. This is an approximate value as you could choose to shower under a dribbling tap for 5 minutes, or under an industrial-strength power washer. It is all up to you really.

10. Approximately 97% of Earth’s water is salty, with less than 1% being fresh water.

Maybe next time you turn on that tap, or have a 200-litre shower, you might stop to think about what you’ve learned. If you are ever unlucky enough to come across that most heinous of creatures – the water-hater – then you can bury them with your arsenal of facts. Of course, failing that, you could always bury them in 10 thousand trillion tonnes of snow and ice…

For more facts about water, check out sites such as www.treehugger.com or www.seametrics.com.