Should you drink raw water? 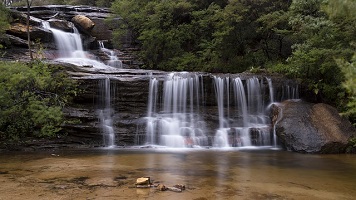 A new health trend is making the rounds, but what exactly is ‘raw’ water, and is it safe for us to drink? There are a few different views on this. We’ll look at what health enthusiasts have to say, as well as a more scientific opinion.

What is Raw Water?

Raw water, also known as ‘live’ water, is water that has not been treated in any way. This means the water has not been processed, filtered or sterilised, and it is sourced directly from springs, lakes, rivers, and rain water.

Untreated water will still have all its natural minerals and ions, as well as some nasties such as bacteria, particles and parasites. Raw water is generally thought to be unsafe for human consumption, however it is safe to use in farming, cleaning, and construction. Animals consume raw water with few ill effects.

Are there Health Benefits to Drinking Raw Water?

The very thought of drinking water directly from a river will horrify most people. Yet, in the past couple of years there has been a growing trend of drinking raw water. This fad took off in the US, where you can by bottles of raw water in the supermarket for $36.99 per 2.5 gallons. Live Water, the company that sells the water, is based in Oregon. The founder of Live Water, Mukhande Singh, says:

“Living spring water is the key to unlocking a perfect micro-biome balance…Anxiety, weight gain, fatigue, and countless other ailments are linked to an imbalance of proper gut bacteria.”

There are now many ‘believers’ in the live water trend, so much so that the bottled raw water on sale has been flying off supermarket shelves. In fact, companies are struggling to keep up with demand.

It is claimed by raw water enthusiasts that fresh water direct from its source is much healthier for us, as it still contains all the natural minerals and probiotics which are destroyed in the purification process.

What the Experts Say

Scientists have a very different opinion when it comes to raw water. We have spent many years and millions in cash finding ways to make our water safe to drink. That’s why we can trust that the water we get out of our taps is free from pesticides, bacteria, and anything else that can risk our health.

The proof in the dangers of consuming raw water is seen with dire effects across third world countries. Waterborne diseases such as dysentery, cholera, and typhoid are rife in countries with contaminated drinking water.

Health experts say that there is a real danger in drinking raw water. There are some real nasties potentially lurking in untreated water including pathogens from cattle, bird faeces, and environmental contamination. There is a chance of contracting E-coli, intestinal infections, and respiratory illnesses. Raw water can contain toxins such as arsenic, which occur when water is washed over certain rocks.

“All spring water is definitely not equal. Glacier water for example should not be consumed at the bottom as it often contains small rock particles (talc), giardia and other parasites. It’s also unwise to consume spring water from mountains nearby polluted cities or industries as it will be polluted by rain water. Raw water from a well is definitely not recommended if you live anywhere near a populated or farming area. Unfortunately, humans have managed to pollute groundwater, rivers and lakes with pesticides, industrial waste and all kinds of other bad stuff. There are also other issues such as bacteria that our bodies are no longer used too, high levels of certain minerals that are unhealthy or contaminated water.”

The conclusion to this is that raw water can be potentially unsafe to consume. Although some argue that the high mineral content is beneficial to health, the dangers of drinking raw water totally outweigh the health benefits.