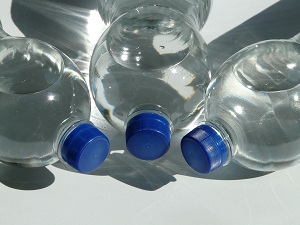 According to Government figures, around 13 billion plastic bottles are used every year in the UK. Of these, just 7.5% are recycled, with the remainder ending up in landfill, strewn around our countryside or in our rivers and seas. As plastic takes hundreds, or even thousands of years to degrade, it does a lot of damage to the natural world. Every year, more and more plastic is found in the stomachs of fish, birds, and mammals, with an ever increasing number of creatures dying because of their exposure to plastic waste.

One of the best ways to reduce the amount of plastic polluting the natural world is to limit the number of plastic bottles you use. The fewer disposable bottles you buy, the fewer bottles will end up being thrown away. Over time, you could have a real impact on the environment and do your bit for the planet.

The scale of the problem

One of the biggest indicators of the scale of the global plastic problem is the Great Pacific Garbage Patch. Made up of debris that’s been washed out to sea over the past few decades, the patch is growing year on year. According to @TheOceanCleanup, “The GPGP covers an estimated surface area of 1.6 million square kilometers, an area twice the size of Texas or three times the size of France.” As well as the GPGP, there are several more large patches of rubbish floating around in our oceans, poisoning sea creatures and damaging the environment.

Swapping your single-use bottle for a refillable one

Drinking water on a regular basis is an important part of a healthy lifestyle. However, if this means buying one, two, three, or more bottles of water from the shop every day, your hydration habit could be doing some serious damage to the planet. Instead of buying a new bottle of water whenever you’re thirsty, invest in a high quality renewable bottle. The best renewable bottles are made from glass or plastic and can be refilled over and over again.

Get into the habit of topping up your bottle whenever you’re at home. If you have a water filter on your home tap, the quality of the H2O you’re drinking should be consistently high.

Is banning single use plastic the answer?

Evidence clearly shows that, although individuals can make a difference, it’s the government that holds the key to solving the plastic problem for good. When the 5p charge was introduced for plastic bags in UK shops, the number of bags used dropped by a staggering 85%. In the near future, plastic straws and plastic cotton buds could be banned by the government.

Installing a water filter in your home, and using it to refill your water bottle, will help you dramatically reduce the amount of plastic you use. Find out more or recieve a quote by getting in touch with a member of our team today.