How to spot the signs of winter dehydration 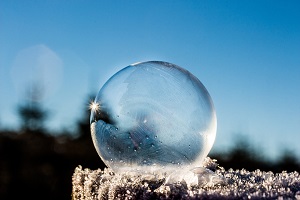 The effects of dehydration may be synonymous with the summer months, but it’s not just hot weather that increases the risk of developing the condition. Staying hydrated in winter is just as important as it is in the summer. Regular water intake is all you need to relieve the symptoms of dehydration and stop the condition from striking in the first place.

As with any condition, knowing the signs of winter dehydration and spotting them early is a vital part of maintaining great health and well-being, whatever the weather. Read on to discover the symptoms of dehydration and how to prevent the condition.

An introduction to winter dehydration

According to research carried out by the University of New Hampshire, your risk of dehydration actually increases during the winter months. Exposure to cooler temperatures lessens the body’s thirst response, making people less likely to reach for a glass of water, even when suffering symptoms of dehydration. Combine this with the increased urine production commonly experienced during the autumn and winter seasons, and it’s often a recipe for disaster for the average person.

There are many season-specific factors that make winter dehydration a risk. During the winter months we wear extra clothing to help the body conserve heat. As a result, our bodies work harder, produce more sweat, and lose more fluid. Sweat also evaporates more quickly in cold air which leads to the diminished thirst response we touched on earlier.

The symptoms of winter dehydration

“Severe dehydration is a medical emergency and can cause extreme thirst, extreme fussiness or sleepiness in infants and children; irritability and confusion in adults, little or no urination — any urine that is produced will be darker than normal, sunken eyes, shriveled and dry skin that lacks elasticity and doesn’t ‘bounce back’ when pinched into a fold and feeling faint or passing out when rising from lying to sitting or from sitting to standing.”

Prevention is always better than cure and taking just a few simple steps will protect you from the effects of dehydration all year round, not just during winter. Increasing your water intake is the most effective course of action – especially before, during, and after exercise.

Cooler drinks may not be as appealing during the winter months, but making sure your intake is regular has a number of advantages. Your skin will be less dry and itchy, your immune system will receive the boost it needs, and your energy levels will increase to keep you active for longer. Water can be enjoyed at room temperature or infused with your favourite fruit for added flavour to make increasing intake even easier.

Want to know whether you are drinking enough water to keep your mind and body well hydrated this winter? Find the best apps for tracking water intake and become one step closer to better hydration.