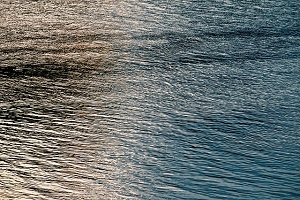 Watching the autumnal rain showers through the window, it’s hard to imagine that there are states at war over access to water. Conflict over this precious natural resource is a common theme throughout history, particularly freshwater.

International tension over water exists due to its scarcity, and the fact there is no artificial replacement (like oil). This is exacerbated by a growing population, the number of thirsty mouths has ballooned from 2 billion to 7 billion in a matter of decades. In regions where freshwater is scarce, water resource wars are becoming a regular occurrence.

Raconteur writer Sharon Thiruchelvam notes, “Fresh water scarcity will be the defining global crisis of the 21st century. A decade ago, analysts warned of future water wars, even a world war. Water was labelled “the next oil” because of its importance to economic growth, and its use in everything from agriculture to industry, energy and manufacturing. We have alternative energy sources, but nothing can ever replace water.”

In 2011, the Ethiopian government announced plans to build the Grand Ethiopian Renaissance Dam. The dam would be built on the Blue Nile, close to the land border with Sudan. There were concerns that this dam would risk Ethiopia’s water security, increasing the instability of a river which is already difficult to predict.

Further down the Blue Nile, Egypt was concerned about the possible effect a dam would have on its own water supplies. Ethiopia ignored their protests and went ahead with the dam’s construction. Upriver countries went against the downriver countries, who refused to give up their ancient rights despite the shift in economic power dynamics in the area. The dam was completed in July 2017.

The Brahmaputra River originates in Tibet, then flows through the Arunachal Pradesh state in India, before joining with the Ganges and draining in the Bay of Bengal in Bangladesh. This river is vital to agricultural industry in the Assam plains, and there have been recent concerns over a series of hydroelectric plants being built by China on the Tibetan plateau. Some experts believe that the plants will reduce the flow of the river in India, putting stress on what is already a tense water situation in affected regions. The river continues to be a source of friction between two rising powers.

Iraq and Syria rely on the river to grow food, but the waters have been declining in recent years, and now the countries are experiencing regular droughts. Some experts argue that this has contributed to the rise of ISIS in the area. It is said that due to the change in climate and upstream activity, the Tigris and the Euphrates will not have enough water flow to reach the sea until at least 2040.