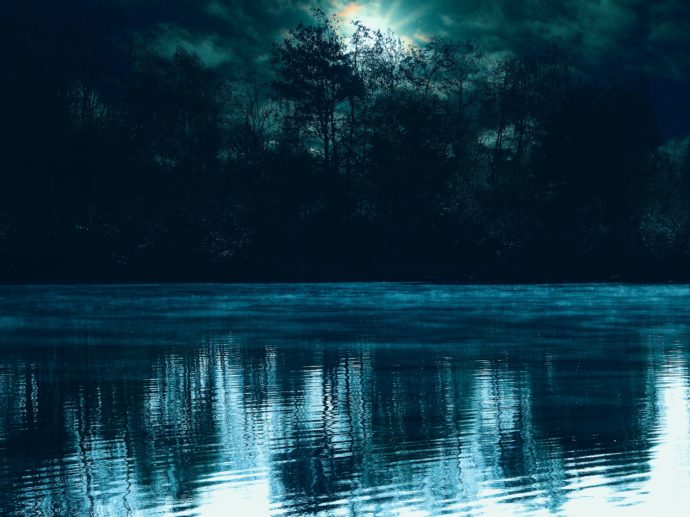 The nights are drawing in, temperatures are dropping and the leaves are falling. Autumn is well and truly here, with Halloween on its way. We will soon be dressing up, carving pumpkins, trick or treating, and sharing scary ghost stories. Some of the most frightening ghost stories are based on or around water. In this post, we share a few to give you the chills.

The Sargasso Sea and the Rosalie

The eerie Sargasso Sea is famous for having no land boundaries. Instead, the borders are marked by ocean currents. It is 1,000 miles wide and 3,000 miles long, and gets its name from the Sargassum seaweed that floats on the surface of the water.

“This eerie calmness contributes to the area’s mystery, as several ships have been found drifting crewless through its peaceful waters. In 1840, the French merchant ship Rosalie sailed through the Sargasso Sea and was later discovered with its sails set but without any crew members on board.”

The Rosalie set sail from Hamburg, bound for Cuba with a cargo of fruit, wine and silks. The voyage proceeded without incident until they began to sail across the Sargasso Sea. On August 27th, 1840, the Rosalie was discovered adrift, its crew missing. The only living souls aboard were a cat, some fowl and canaries, all half-starved. The cabins were immaculate, the captain’s papers in order, and no sign of panic or damage. The crew were never found, and to this day the circumstances of their disappearance are a mystery.

Also known as the Devil’s Triangle, the Bermuda Triangle is an area of water in the North Atlantic Ocean with a notorious history of disappearances. Since 1945, 14 aircraft have been reported missing after entering the Triangle, the most recent of which was in 2017. Since 1492, 15 sea incidents have taken place. Altogether, nearly 900 people have vanished inside the Bermuda Triangle. Reports of strange lights in the sky, compasses behaving strangely and radars acting erratically in the area have raised speculation of paranormal activity and UFOs. The mystery of the Bermuda Triangle and the disappearances of ships and aircraft remains unsolved.

On 4th December, 1872, the Mary Celeste was discovered abandoned. No one was on board the vessel, drifting in the Atlantic. The boarding party that searched the ship found no sign of life, except for the ship’s cat – who rests fast asleep. Disturbingly, there were cups of tea and a still-warm apple pie on a plate, a lit cigarette was still burning in an ashtray and there was food cooking in the ship’s galley. The lifeboats had not been disturbed. The crew were never heard from again.

The story goes that a young sailor travelled to meet his lover on Pawleys Island. However, he fell from his horse and broke his neck. But he didn’t die of his injuries. The sailor was paralysed, couldn’t escape the rising tide, and drowned right there on the beach.

The ghostly figure known as the Grey Man has been seen for more than a century, wandering the beaches of Pawleys Island. Allegedly, his appearances coincide with approaching storms. The first sighting was in 1893, on the even of a major hurricane. In fact, it was the Sea Islands Hurricane – which cost 2,000 people their lives.