Water in our Solar System 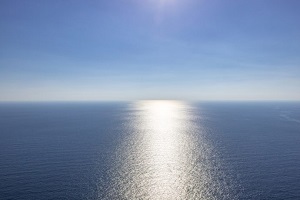 In the search for water in our solar system, scientists have discovered H20 in some very unusual places.

The chemical elements in water are hydrogen and oxygen (hence the chemical symbol H20), and these two elements are abundant in the universe. The National Aeronautics and Space Administration (NASA) has been searching for new habitable worlds humans might one day be able to live on. Water is the key.

Astronomical bodies such as comets and asteroids contain traces of the wet stuff. Water is seen on asteroids as ice, and it was asteroids that delivered most of Earth’s water millions of years ago. Charles Q Choi at space.com says:

“Models of Earth’s birth suggest that the planet was quite hot after its formation about 4.6 billion years ago, so scientists think it’s unlikely that any water currently on Earth’s surface dates back to the time of the planet’s creation. However, prior studies have hinted that cosmic impacts could have easily brought water later, during a violent era known as the Late Heavy Bombardment, about 800 million years after Earth’s formation.”

There are several worlds in the Solar System that scientist think may have water, in the form of vapour or ice. The four large planets Jupiter, Uranus, Saturn and Neptune are thought to contain high quantities of water, with their moons and rings also containing large amounts of water ice. Jupiter’s three moons Ganymede, Europa and Callisto, and Saturn’s two moons Enceladus and Titan have shown evidence of oceans beneath their surface.

Closer to home, Mars was found to have once contained vast amounts of water, although the planet is not thought to have had water on it for more than 3.8 billion years. At one time Mars may have had enough liquid water on it to form an ocean large enough to cover the northern Martian hemisphere, in some places reaching depths of more than a mile. But where did all that water go?

Today the planet contains most of its water in ice form, with small amounts of vapour present. Scientists theorise that water evaporated into space when the Red Planet’s magnetic field collapsed billions of years ago, destroying its protective atmosphere. There is a new theory that the water on mars didn’t go anywhere at all, but was absorbed into basalt rock produced by volcanoes, where it oxidises and forms minerals.

The water worlds in the Solar System have offered hope of finding life on other planets. A study at Harvard University claims that planets rich in water are common among the 4,000 identified planets orbiting other stars. Their data shows that around 35% of all planets known to us that are two to four times larger than Earth, may contain 50% water, compared to Earth’s 0.02% by weight. Researchers found that some planets’ surfaces may be shrouded in a water-vapour atmosphere, with liquid underneath. The findings are based on data received from the Kepler Space Telescope.