Top 6 Water Movies of all time 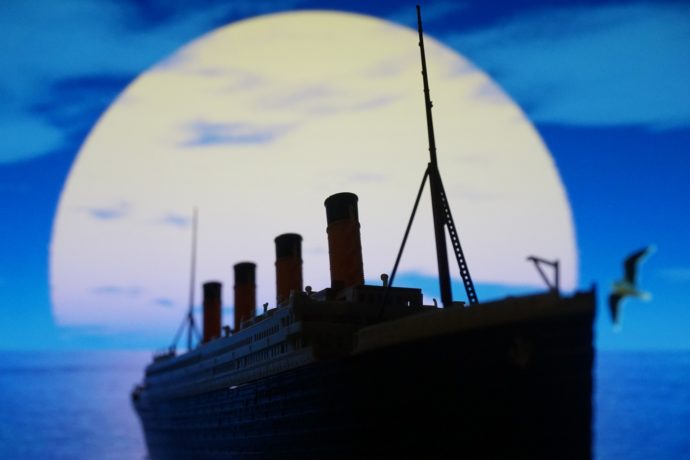 The silver screen has featured some great movies set on and around water. Some of the best films ever made were water-based, including classics like Moby Dick and Cast Away.

What Make Water a Great Stage for Film?

There’s something evocative and atmosphere about an ocean setting, making for a great film location. Many horror films are set at sea, such is its brooding mysteriousness. To this day, the ocean demands respect.

The ocean can conjure a sense of fear in us, with some people having phobias of drowning, being lost at sea, darkness and isolation. On the other hand, the ocean is seen as a scene of serenity and bejewelled beauty. It seems that the ocean holds everything needed for the perfect movie set.

Top 6 Water Movies of all Time

Jaws – This movie must be the greatest ocean horror film of all time. First released in 1975, and directed by Steven Spielberg, it tells the story of a local sheriff, a marine biologist and a team of local fishermen who go on the hunt for a giant man-eating shark wreaking carnage at Amity Island beach resort.

Dead Calm – Based on the 1963 novel written by Charles Williams. Filmed around the Great Barrier Reef in the Pacific, the plot focuses on a man and wife sailing their yacht, when they come across a wrecked boat with a young man on board. The man claims that his boat is sinking, and his crew mates have died of food poisoning. The couple get suspicious and investigate the sinking boat. They come across disturbing video evidence that the young man they rescued had murdered his fellow crew mates, leaving the couple in mortal danger.

Pirates of the Caribbean: The Curse of the Black Pearl – The classic much-loved Disney film series which follows the adventures of savvy pirate, Captain Jack Sparrow. The very first outing sees Jack teaming up with blacksmith Will Turner to search for the governor’s daughter, Elizabeth Swann, who has been kidnapped by Captain Barbossa. The pirate Barbossa along with his crew are under an ancient curse, doomed for eternity to neither live nor die, and the curse will only be lifted if a blood sacrifice is made. This movie has everything from hidden treasure and cursed Aztec gold, to desert islands and the high seas.

The Perfect Storm – Based on true events, this movie sees commercial fishing boat Andrea Gail head out on a late season trip to the Grand Banks of Newfoundland. Meanwhile, a huge tropical storm is developing behind them. The crew onboard debate whether to sail through the storm or wait it out, unaware that two other weather fronts and a hurricane were also building in the North Atlantic. The crew must battle phenomenal high seas and violent winds, while family and friends worry anxiously back home.

Titanic – The epic disaster film based on the true events which happened in 1912. The luxury cruise liner, R.M.S Titanic leaves Southampton on her maiden voyage on April 10th to sail to New York. The dramatized story of the ill-fated ship follows the romance between Rose and Jack and impending disaster as the liner hits a huge iceberg in the early hours of April 15th. As the Titanic starts to sink, hundreds of passengers take to the few life boats available, with many lower-class passengers perishing in the icy cold water. Director James Cameron went to extortionary lengths to film real footage of the Titanic’s remains under the ocean.

Simon Braund at Empire online talks about the moment when the director first saw the real Titanic:

“Two-and-a-half miles beneath the waves of the North Atlantic, it began to dawn on James Cameron that something was wrong. Peering through the tiny porthole of Russian minisub Mir 1, he could hear the insistent ‘ping’ of the sonar accelerating alarmingly. Suddenly, a cliff face of rusting steel, studded with rivets the size of a breakfast grapefruit, emerged from the gloom. He realised the sub was about to collide with the hull of the Titanic.”