The ocean clean up starts here! 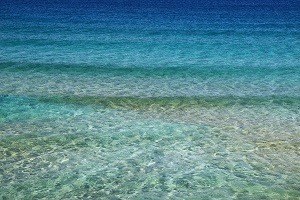 Oceans cover more than 70% of our planet and are our most valuable natural resources. Oceans clean the air that we breathe, provide us with food and are home to millions of species, from blue whales to microscopic algae. It is a sad fact that human activity has been polluting our oceans at an alarming rate.

Back in 1998, Oceanographer Charles Moore was sailing the Pacific Ocean when he made a horrifying discovery. As Moore looked out into the distance, instead of seeing an unspoiled ocean, he was confronted with a sea of plastic. Charles Moore explains to Natural History Magazine:

“It seemed unbelievable, but I never found a clear spot. In the week it took to cross the subtropical high, no matter what time of day I looked, plastic debris was floating everywhere: bottles, bottle caps, wrappers, fragments. Months later, after I discussed what I had seen with the oceanographer Curtis Ebbesmeyer, perhaps the world’s leading expert on flotsam, he began referring to the area as the “eastern garbage patch.” But “patch” doesn’t begin to convey the reality. Ebbesmeyer has estimated that the area, nearly covered with floating plastic debris, is roughly the size of Texas.”

The war on ocean plastics has begun

In 2015, young Dutch inventor and entrepreneur Boyan Slat came up with the idea of developing advanced technologies to clear our oceans of plastics. Slat, now 23 years old, is the CEO of The Ocean Cleanup, and is currently creating a system that aims to reduce the Great Garbage Patch by 50% in 5 years.

The Ocean Cleanup are developing a system which uses the ocean’s currents to catch plastics. The system will involve hanging a large anchor in deep, slow moving water. Once the current is moving faster than the cleaning system, it will funnel plastic debris into a receptacle. Because the screen is U-shaped, the plastics can then be directed to the centre of the system. The plastics will then be taken out of the ocean and moved to land.

We can all do things to save our oceans. They may seem like small gestures, but if we all participate it will make a huge impact. Saving our oceans is in everyone’s interest.

Use fewer plastic products. The plastics that make their way into oceans destroy the habitats of marine animals and kill thousands each year. To cut down on your plastics, try using reusable water bottles, and store food in non-disposable containers. Re-use your plastic bags when shopping and recycle as often as possible.

Look after your beach. Always pick up your litter. You could arrange a beach clean up with a few friends. Also support organisations that work to protect our oceans. You could help by giving donations or volunteering your time. When traveling on ocean, be responsible. That means never throwing anything overboard and always being aware of the marine life around you.