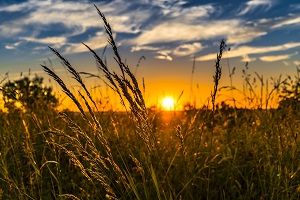 Weather forecasters are predicting that temperatures will rise over the coming weeks, ushering in our hottest summer for 12 years. Unfortunately, this means water shortage problems are bound to arise. It’s not just down to hot weather and low rainfall -, it is a legacy of seasons of lowered rainfall. Last winter’s frain has done little to replenish water levels in reservoirs and rivers, which were already running very low. In recent years the UK has experienced one of the driest periods on record.

With heatwaves come droughts. The drought the UK could be facing this year may be disastrous, as water reserves are already low. This will force companies to consider rationing water supplies to their customers. The Met Office forecasters have said that they are expecting warmer than average temperatures throughout June, July and August, with intense hot spells.

Water companies have noted a 25% drop overall in rainfall last Autumn/Winter compared to normal levels. Exceptionally arid conditions have been observed in the south east where there was a massive 63% drop in rainfall during October, and 34% drop in usual rain quantities during November.

“Despite the recent wet weather at the end of December, we had a dry end to the autumn with rainfall much lower than average in the south east of England. Last winter saw low rainfall in the south east which means that groundwater and some reservoirs are below normal levels.”

The dry conditions have left groundwater in southern England at a very low level. Groundwater is the water that flows underground in aquifers. Some southern water companies voiced their concerns over a summer drought back in January.

A drought will have implications for people, animals, and the environment. It could mean hosepipe bans, water rationing with standpipes set up in the street, and low water pressure in taps.

In the event of water rationing this summer, there are some ways of making the most of a limited water supply. It is natural for the demand for water to increase during hot periods, resulting in low or reduced water pressure for consumers. Companies will try to increase production and storage of water to keep up with the extra demand. It is during these times consumers need to start using water more wisely. Hosepipe and sprinkler bans usually come into force during a water crisis, although this ban usually applies to domestic properties, not farmers.

You can use a bucket of water for your plants instead of a hosepipe, since the ban on using hosepipes is simply a way of getting people to use water responsibly. Flouting the ban can see you fined up to £1000.

You can be environmentally friendly by using your washing up water to water your plants, flush your toilet or even clean your car. If you have full water butts, use the rainwater that you have collected. Start using water gadgets, such as a shower timer. They bleep after a few minutes so you are aware of how much water you are using.