Top 5 Water Parks Around the World 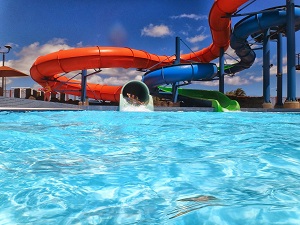 The summer heat shows no sign of abating any time soon. As the school holidays approach, we thought it might be worth checking out some fun things to do involving water. With that in mind, we’ve compiled a list of the top 5 water parks in the world. Over the years, water parks have explored new concepts and pushed the envelope – now they’re the go-to place for exhilarating, watery adventures.

The UAE is a welcoming destination for holidaymakers seeking a serene Middle East experience. The United Arab Emirates also offer one of the world’s best water parks. Wild Wadi Waterpark is in Jumeirah, next to the Burj Al Arab and the Jumeirah Beach Hotel. It has been featured in numerous top 5 lists before, from The Sunday Times to Vogue Magazine – and for good reason.

Wild Wadi Waterpark offers some unique features, including a heated/cooled wave pool, multiple water slides and two artificial surfing machines. In addition, the park used to have the largest water slide outside of North America. However, it has since been removed to make space for two other rides. Another feature of the park: an 18m waterfall that goes off every ten minutes.

“Forget about the swimming pools you’ve been to so far. None of the other water parks you’ve been to can compare with a visit to Tropical Islands. You’ll be amazed, you’ll have fun, you’ll love it! Plan your trip to the Tropical Islands Resort – Europe’s largest tropical holiday world – today! The resort is open the whole year round 24/7 for our overnight guests.”

For families who want to experience a water park amidst the fun and excitement of South America, then check out Beach Park in Brazil, situated at Porto das Dunas in the municipality of Aquiraz, in the Metropolitan region of Fortaleza. This waterpark sports long and winding slides, olympic size pools and so much fun for the kids, yet can be equally relaxing for parents too. Check out TripAdvisor to see just how much holidaymakers love it!

We couldn’t really write about the top 5 water parks without including a slice of Disney. The Blizzard Beach water park is very special indeed. Instead of trying to capture elements of some exotic far off land, the guys at Disney have taken the idea of water parks and infused it with snowy mountain tops and Narnia-like aesthetics.

Blizzard Beach water park was recently featured in The Daily Mail, where they said:

“This action packed water wonderland features one of the world’s tallest and fastest free-falling water slides, as well as slides and rides for the whole family – like a kid-sized, snow-castle fountain play area with scaled-down versions of the more thrilling attractions.”

A magical and thrilling water park set across 15 hectares of Yas Island and featuring a staggering 43 rides, this is Emirates’ finest water park. The guys have really gone all out, constructing rides and attractions that have never been seen at a water park before, anywhere in the world.

It’s a brilliant place for families who want a thrilling water park experience.