Water services: who pays the most? 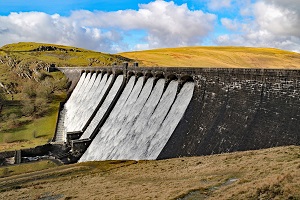 Most people don’t realise it, but if you live in Devon, Cornwall and Sussex you’re paying more for water than any other county in the UK. But why? Research has shown that the price customers are being charged for their metered water utilities varies depending on the area. People in London are spending a lot less than other areas, such as Northern Ireland and Scotland.

There is a vast difference in water bills, with some areas paying almost double the price of others. For example, Thames Water charge their customers £440 a year – South West Water charges a whopping £943 per year. Freeflush, a rainwater harvesting company, researched water utility companies to find out who pays the most and the least for their water supply. The company shared its findings:

“Unlike gas and electricity supplies, there’s a lower number of water utility companies in the UK fixed by region. The most expensive prices based on typical usage (165 m3/yr. for a 4-person household) come from South West Water so if you live in Cornwall and parts of Devon you can expect to pay £943 a year for the example usage (165 m3/yr.). Wessex Water and Southern Water aren’t much cheaper, with charges of £728 and £673 respectively.”

The amount of you pay on your water bill has nothing to do with the amount of water you use, unless you have a water meter. Your unmetered water bill will be fixed rate, including charges like administration fees and the rateable value of your home. These ratings were drafted between 1973 and 1990, meaning sometimes charges aren’t reflective of the current situation. Unfortunately, you can’t appeal this rateable value determination. It can either be an advantage or a disadvantage.