Unhealthy Drinks Your Children Should Avoid 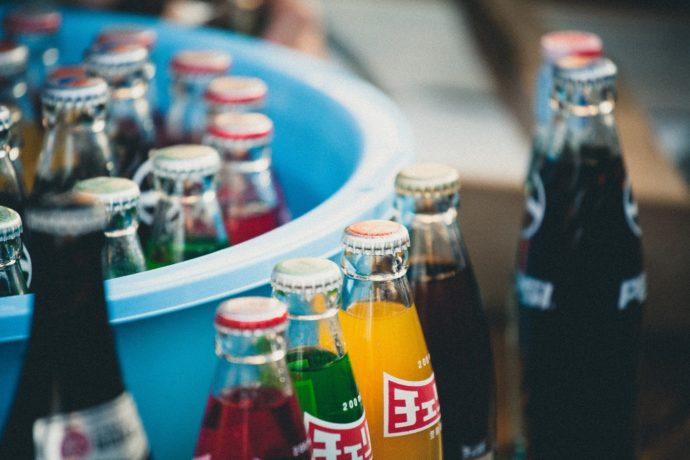 Choosing the right drinks for your children can be a minefield for parents. Hidden salt and sugar, sweeteners and colourings are all to be avoided, yet sometimes it’s hard to know exactly what your children are putting into their bodies. For those concerned about additives and sugars in popular children’s drinks, we’ve compiled a list to help.

Let’s start off with some scary facts from Health Essentials, which details the worst sodas and other drinks that your children might be consuming on a daily basis:

“They may be drawn to the nearest vending machine for a sugar-laden beverage. Clearly, this isn’t the best choice. On average, a 12-oz serving of soda contains 36 grams (or about four teaspoons) of sugar and about 160 calories.”

Most parents know to limit their children’s consumption of cola drinks. They contain caffeine, from the kola nut and non-cocaine derivatives from coca leaves, neither of which belong in a child’s diet. In addition, the majority of cola drinks contain an extremely high sugar content, with the average recipe containing around 11g worth of sugar. The amount of sugar in caffeine-free cola is even higher!

Whereas the traditional recipe for lemonade combined lemon juice, water and a small addition of sugar, the contemporary recipe packs far more sugar into each serving. Since it’s such a popular, nostalgic treat, many parents overlook this. If you want to be sure that a lemonade isn’t full of sugar, it’s best to try making it yourself.

The most contemporary drink on this list, energy drinks have parents concerned – and with good reason. Supermarket shelves are saturated with brightly coloured energy drinks, designed specifically to entice younger consumers. Drinks like Red Bull and Monster contain so much caffeine, sweeteners and other additives they’ve been linked to serious health problems; diabetes and cardiac arrests have both been circumstantially linked with energy drinks. Children should avoid these beverages like the plague.

The traditional milkshake or flavoured milk has been a favourite of children since the 1950s. Unfortunately, Its modern counterpart is terrifically unhealthy. Although it has a majority milk content, just one milkshake serving is four times your child’s daily recommended intake of sugar.

Here at TSW, we know how determined parents can be in making sure their children have healthy drinks choices. Sugar is so difficult to avoid in modern beverages, particularly those aimed at young ones.

With a filtered water system in your home, you can indulge your children in an array of drinks. For example, spice up your children’s water with some natural flavourings like mint and lemon, or a bit of freshly squeezed pomegranate or raspberry juice.

Using a water filter and some imagination, you can create healthy and delicious drinks for your little ones to enjoy.