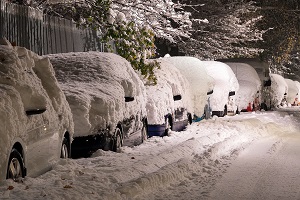 Water industry regulator Ofwat have criticised the water sector over massive failures during the recent cold snap experienced across the UK. The severe weather resulted in water services being disrupted due to frozen and cracked pipes. Some water companies are being accused of focusing more on “financial engineering” than offering a reliable service to their customers.

Beast from the East

During February and March, parts of the UK experienced its worst winter weather for years. The “Beast from the East” brought with it prolonged, sub-zero temperatures, and blizzards, and caused disruption across the country. The harsh weather was the result of a sudden stratospheric warming over the North Pole.

The prolonged cold weather proved to be too much for local water companies, when customers had water shortages or were completely without running water for days on end, having to queue up at bottled water stations for water rations.

The reason for the water supply problems were down to pipe joint failures. This is because the joints are the weakest part of the pipeline. When water freezes inside water pipes, it expands and cracks the pipe. When the ice starts to thaw, the water escapes and causes flooding and loss of water supply.

Ofwat chairman Jonson Cox has written to the Environment Secretary, Michael Grove. The letter sets out its agenda to get water companies to improve their performance to consumers. The letter says:

“Some companies are seen as focused on financial engineering at the expense of public service. The service failures following last month’s freeze-thaw, combined with concerns about the risk of drought, have also damaged trust in water.”

Environment minister Therese Coffey said that she expects water companies to be formally reviewed by Ofwat. Speaking in parliament last month she said:

“Tens of thousands of people across southern England have experienced loss of water supply in their homes, and even more have had to cope with low water pressure following leaks from burst pipes. I entirely recognise that it has been a stressful and difficult time for many residents and businesses. Once the situation is restored to normal, we expect Ofwat to formally review the performance of the companies during the period. That will be a thorough review. As well as problems being identified, I want to see excellent examples of practice and preparation shared across the sector.”

Can you claim compensation?

Ofwat has said that consumers who lost their water supply during the cold weather may be able to claim compensation. According to Ofwat, if you have been without water for half a day (12 hours), water companies should automatically pay their customers £20, there is an additional £10 payment for every 24 hours that you are without water.