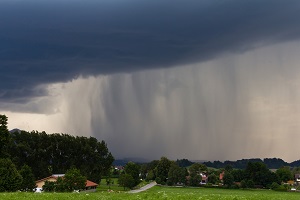 Around 71% of Earth’s surface is water and the oceans hold 96.5% of all water on the planet. The water cycle is the movement of water across our planet, whether that’s in the atmosphere, underground or on the surface. Water is continually on the move, through a process of evaporation, transpiration, condensation and runoff. This movement is essential to lakes, rivers, oceans, and the atmosphere, known as the water cycle (or hydrologic cycle).

It is vital to all life on Earth.

Water has been “re-cycling” on Earth for more than 4 billion years. The water that you use every day is the same water that the first humans drank.

The process of evaporation begins when the sun heats up the planet’s surface, causing the temperature of water in rivers, lakes and oceans to rise. When the temperature of the water increases, some of the water evaporates into the air, creating water vapour. Plants and trees will also lose vapour through their leaves, in a process called transpiration.

As water vapour rises high up into the atmosphere, it cools and returns to liquid form, condensing into clouds. Air currents move these clouds around the planet. Precipitation occurs when too much water has condensed. Water droplets in the cloud become heavy and too large for the air to hold them. It falls to the ground and collects in natural bodies of water like rivers and lakes. Then the cycle begins again. NASA explain:

“Precipitation is a vital component of how water moves through Earth’s water cycle, connecting the ocean, land, and atmosphere. Knowing where it rains, how much it rains, and the character of the falling rain, snow or hail allows scientists to better understand precipitation’s impact on streams, rivers, surface runoff and groundwater. Frequent and detailed measurements help scientists make models of and determine changes in Earth’s water cycle.”