The state of tap water across the world 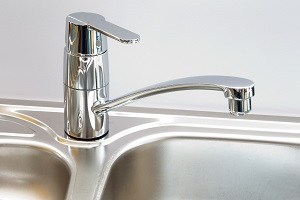 The UK’s tap water is some of the best in the world. It’s true that many people still choose to invest in a water filter, water is occasionally too hard, or possesses an unusual taste. But we are fortunate, in that we can turn on a tap anywhere in the country and feel confident about its the water quality. For many countries, this is still a dream for the future, rather than the reality. In this post, we take a look at the tap water quality in some other countries around the world.

In the latter half of the 20th century, successive South Korean governments worked to improve the quality of the country’s tap water. Thanks to their efforts, tap water here is some of the best in the world. However, citizens often choose not to drink it. According to one survey from 2013, some 55% of the public will boil their tap water before drinking it. Apparently, many people have concerns about old water pipes and tanks, as well as reservoir sanitation. This is in spite of huge government programs to replace old pipes, both in public systems and homes.

One suggestion is that past scandals have caused a lasting mistrust of tap water in South Korea. One such incident in 1991 saw phenol leaked into the water supply in Daegu. People who drank it suffered bouts of vomiting and severe headaches. The Director General of Waterworks Research Institute, Chung Deuk-mo, said:

“Once a water accident happens in one region just like the phenol leak, it causes nationwide fear as water circulate the country, no matter how well the government responded to the accident. People who raise children especially react sensitively to water accidents.”

This issue of mistrust is mirrored in the United States, where several public water scandals have damaged the public’s confidence in their tap water. The most widely known is the Flint Water Crisis.

The town of Flint, Michigan, changed the source of its water supply in 2014. However, the water was improperly treated and lacked corrosion inhibitors. Without them, lead from old pipes leached into the tap water, and began poisoning the locals. Unfortunately, it took over a year for the scale of the crisis to become apparent, and by that point nearly 12,000 children had been exposed to lead. As a neurotoxin, it is particularly dangerous to children and the full effects will only become apparent with time.

Today, the tap water in Flint is supposedly safe to drink again. But the damage to public confidence has been done. LeeAnn Walters , one of the activists who brought attention to the crisis, said:

“The biggest thing that people are not talking about is the psychological damage. I’ve seen people go into full-on panic attacks, hyperventilating, trying to take a sip of water at a restaurant, and they just can’t do it. I know of a 17 year-old who is terrified to take a bath. These things have not gotten better.”

The Land of Smiles is home to some advanced water treatment facilities. According to Metropolitan Waterworks Authority (MWA), the water in Bangkok falls within all WHO guidelines. They have even posted the proof online. Unfortunately, that doesn’t mean the water that arrives in the tap at home is drinkable. There is a widespread suspicion that the pipes delivering the water are not good enough to guarantee tap water that is safe.

Although he acknowledged that distance from a treatment plant makes a difference, Auttapol Kordach, a scientist at MWA, said:

“Most people don’t trust Bangkok’s tap water, but it’s actually no different from other types of water. People think pipes underground are dirty. But the pipes are a closed system, and even if there’s a leak, there’s chlorine to kill bacteria and water that leaks out doesn’t flow back in.”