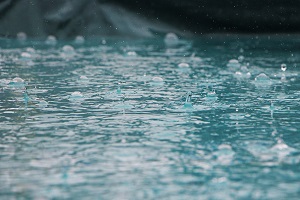 Many of us collect rainwater. It’s a great way to be eco friendly and save money. The rain we harvest falls freely from the sky onto roofs, and is typically collected in water butts, with the average water butt collecting about 200 litres of water. A rainwater harvesting system can collect and store much more.

A Graf system is recommended if you want to use the water in your house, says Phil Barnard, a rainwater harvesting system supplier from Chandlers Building Supplies. He says:

“The tank has a self-cleaning filter that you only need to check on it once a year. It costs about £2,500 for a 2,700-litre tank, and a buried tank isn’t affected by heat change or light, so the water doesn’t go green and smelly.”

You can expect to pay under £1,000 for installation by a plumber or builder. The size of the tank depends on what you will be using the rainwater for and the volume of rainfall you typically get. You will need to pump the water from the tank into your home, costing around 10p a week based on a three-bedroom house.

Another way of harvesting rainwater is installing the Ifore, which is gravity-fed and installed in the loft. The system collects water direct from the roof and does not require electricity to operate. The Ifore rainwater harvesting system costs around £1,700 to buy and install. The Ifore has limited water space compared to other systems, holding a total of 455 litres, so if it doesn’t rain for long periods you will have to rely on your home’s mains water system. This will automatically kick in if the tank dries out.

Greywater is the water that come out of your washing machine, dishwasher and your bowl of washing up water. The water can be collected under your kitchen sink and used to flush the toilet, wash the car and water the garden. It is thought that around a third of the water used in households is used to flush the toilet, so using greywater to flush your loo and for other domestic uses can save 70 litres of water per person per day. Recycling greywater is a very straightforward and inexpensive way of collecting and reusing water, as well being eco-friendly.

PLEASE NOTE; We have seen some lower quality block salt coming into the market in the last year or so, specifically “Siwa” or “SalinEco”. Some customers have reported debris or brown “muck” building up inside the softener chamber when using this salt. While the warranty of your Kinetico water softener is not linked to using Kinetico salt, any issues caused by the use of inferior salt will not be covered under the terms of your warranty.

How much water should I drink in hot weather?

Despite the UK’s unpredictable weather patterns, summer usually brings the odd heatwave, and this year has been no exception so […] read more