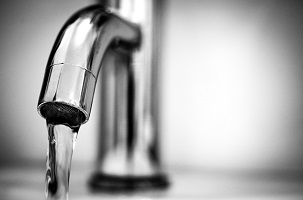 In recent decades, the public has become increasingly aware of the problems surrounding unfiltered water. The case for water filters has never been stronger, with numerous articles in mainstream newspapers extolling their benefits. Nutrition specialist Sarah Merson has also added her voice to the argument for more water filters.

Just what is the problem with our tap water? As a rule, not much – Britain has some of the safest tap water in the world, with effective and capable water treatment facilities. However, there are a number of chemicals and compounds present in our water which may cause long term effects on our health.

Chlorine is one of the major chemicals used in treating tap water. In small doses, this does us no harm at all. However, there are many experts who claim there is some danger in using this chemical to treat water.

Josh Corn explains in Live In the Now:

“Water treatment facilities use chlorine as a disinfectant. It effectively kills microorganisms, but also has toxic effects on the human body. Chlorine has been identified as a leading cause of bladder cancer, and has been associated with rectal and breast cancers, asthma, birth defects and premature aging of skin.”

One of the more recent concerns is the use of hormones in our water. These can alter the human body, and may particularly affect males. As Ayesha Muttucumaru writes in Get the Gloss:

“There are concerns over the presence of oestrogens (from the birth control pill, which makes it way into sewage) and endocrine disrupting compounds (EDCs, from environmental waste) in our tap water, and their effect on our hormone levels.”

A major issue, and one that is particularly controversial in the United States, is the use of fluoride. Although in the UK the use of fluoride in the water is limited to about 10%, it is still of concern to some. Increased exposure to fluoride has a detrimental effect on the thyroid gland, and although there is no correlation between the amount the UK water supply system uses and thyroid cancer, it is still a matter of great debate.

The main problem with fluoride and the thyroid gland is that it rapidly depletes iodine in the body. This lack of iodine depresses the thyroid’s metabolic and immune functions by shutting down production of thyroxine. This is the thyroid prohormone that controls metabolism, and its absence results in hypothyroidism and lowered immunity.